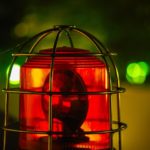 One piece of the financial puzzle that many people fail to consider is a simple emergency fund.

This fund is nothing more than money in a savings account which is meant to be available in case of unexpected expenses. You can?t always plan for all of your costs in life, so having some money set aside in an account that is meant for a ?rainy day? is a great idea. The amount of money that you are going to keep in your emergency fund is up to you, but the first step is to build it up as quickly as possible.

If you need to start building an?emergency fund, here are three easy ways to get started.

Build It in to the Budget

Most people have a monthly budget that they use to keep track of their spending, but that budget often doesn?t include money that has been set aside for saving in an emergency fund. By adding a line to your budget that includes some amount of money to be put into the emergency fund, you can be sure that the fund will grow month after month. Even if it is something as small as $50 or $100, be consistent with your deposits into this fund and watch it grow as time goes by.

It’s best to automate this saving so it does the work for you, not to mention picking a bank that pays?something?in interest. Discover Bank, for example, allows you to automate saving and pays a decent interest rate.

Take Money from Somewhere Else

There is a good chance that there is at least one part of your budget that could be trimmed back in favor of adding to the emergency fund. For example, do you have any monthly expenses that you could simply get rid of without a problem? Many people carry a membership or two to things that they don?t actually use enough to justify the cost. Take a careful look over your monthly spending and pick out an item or two that can be eliminated in order to free up more money for adding to the fund.

This might seem like an obvious point, but it is something to consider on a short term basis. If you would like to build up an emergency fund but you just can?t seem to make it happen on your current income, consider a part time job or side hustle as a way of making extra money. You can plan on dedicating all of the money from this job to your fund, and you can quit the job once you have reached your savings goal.

The best thing you can do in order to grow your emergency fund is simply to make it a priority. You are inevitably going to have to make some sacrifices if you want to build up this fund in the near future, so commit yourself to the process and keep an eye on the big picture. It might mean that you don?t go out to the movies or to dinner quite as often in the months ahead, but that is a small sacrifice for the big gain that is seen when you have money set aside for unexpected costs.