What’s the Story Behind Tim Sykes? 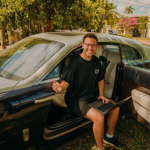 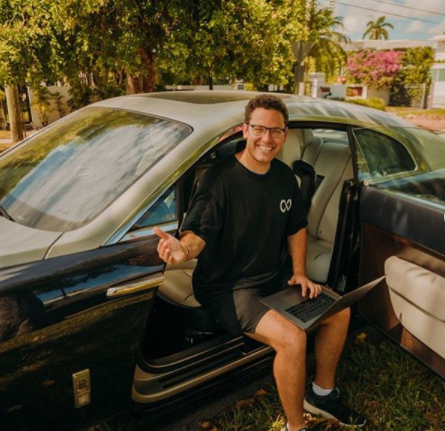 Tim Sykes is a name that stirs up quite a debate among stock traders. Some view him as an overhyped wanna-be rich kid that can’t go more than three Instagram posts without posing in front of a private jet or bragging about his supercar.

Haters are going to hate. And that’s fine. To each their own.

But anyone that has taken the time to get to know Sykes through his stock programs and videos will quickly understand he is much more than flashy cars and exotic vacations. The real Sykes is a hard-working penny stock pro that earned every dollar by providing value to anyone who wants to learn from his experience.

And he also happens to have an excellent taste on how to spend his money. Check out this story.

Why Tim Sykes Teaches Instead Of Trading

There is a famous saying that many think apply to Sykes. The saying goes “those who can, do; those who can’t, teach.”

If Sykes is such an incredible penny stock guru why would he be wasting his time selling $300 courses? Surely, a trader like Sykes can make 30 times that amount before lunch — on a slow day.

This is a legitimate question on the mind of the vast majority of would-be students. Watching a few hours of his videos and interviews leads to the conclusion that Sykes is looking to create a business. No, an empire.

Sykes made his millions before graduating from university. He made even more money afterward and from what I observed, the novelty soon wore off. What’s the difference between $3 million in the bank and $4 million?

I wouldn’t say Sykes got bored with full-time trading, rather he recognized his unique skill can help others achieve their financial goals.

Sykes wants to find people who will dedicate a year of their life to studying HIS techniques, principles, and strategies. You can tell he doesn’t fake the pride in his voice when talking about his apostles who made millions of dollars like Tim Grittani.

Sykes made a select few people very wealthy, many more people have become rich, and even more are living a comfortable life trading from their homes.

Sykes Sells What He Knows

What I like the most about the many products Sykes sells on his website Profit.ly is that he sells knowledge. He isn’t selling cheats, hacks, unicorn dreams, or made up strategies that make sense only on paper.

Sykes doesn’t believe there are any shortcuts to success in trading penny stocks. Because there aren’t, as many unprepared traders can attest to. I could have been one of those that felt mentally prepared to conquer Wall Street after watching a few free tutorials from other educators only to have my account blown up in days.

Everyone quickly realizes that when it comes to anything free, you get what you pay for.

What’s great about Sykes’ educational program is how it is divided up by topic. Sykes teaches some of the basic courses, like how to short sell a stock and how to best identify stocks that are poised to breakout.

Sykes puts everything on the table in his videos. What he knows, he teaches with passion. Imagine being able to learn the inside strategies scoop on what it takes to make millions of dollars?

Sykes also counts on a select handful of other hand-picked trading gurus to diversify a bit from Sykes’ penny stock expertise. They offer the same passion Sykes brings, especially when it comes to some of the shall we say less exciting topics. One that particularly comes to mind is how to read a U.S. Securities and Exchange Commission regulatory filing.

Michael Goode, a millionaire student of Sykes, mastered how to analyze SEC filings to identify potential stock scams. Personally, I find this to be one of the more important videos because let’s be honest, few people want to learn about SEC filings and even fewer want to read them.

This creates a unique opportunity to make money where no one else is looking. The concepts learned can apply for day trades, swing trades (days to a few weeks), or to long-term holdings.

Anyone that spends a few weeks reading how to play the piano won’t expect to be any good at first. The same holds true for trading.

There is actually a theory popularized by New York Times bestseller Malcolm Gladwell that states it takes 10,000 hours of practice to master a skill. While the exact figure has been hotly contested over the years, it is evident that new traders need thousands of hours to hone their skills.

Sykes couldn’t make it any clearer that he isn’t interested in anyone who feels otherwise. Anyone looking for a get rich quick scheme needs to find another teacher. The path towards becoming a profitable long-term trader is not possible without putting in the extra homework when the market is closed for the day.

Sykes can only teach those who want to learn so much. Successful trading is about mastering techniques that can be duplicated over and over and over again. But the only person who can perfect the strategy through proper risk management is you.

Sykes can’t and won’t trade your money. But he can give you all the knowledge needed to succeed. The rest is up to you.