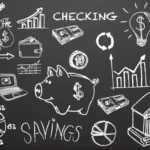 According to a new survey recently completed by Standard and Poor?s, a global financial ratings agency, countries in South Asia have the poorest level of financial understanding anywhere in the world.

The results of Standard and Poor?s global financial literacy survey

The survey, entitled “Standard and Poor?s Ratings Services Global Financial Literary Service” was based on five basic questions. These questions were asked of 150,000 adults in over 140 countries across the globe. Sad to say, two thirds of the people who took the survey failed to pass the literacy test at the most basic level of financial understanding.??

According to the survey, the countries that recorded the highest levels of financial literacy were the adult populations in:

In each of the above-mentioned countries approximately 65% or above of adult nationals were deemed to be financially literate in terms of the standards of the test. At the other end of the scale it was the countries of South Asia that had populations where financial literacy scores were lowest, where only approximately 25% or less of adult populations were found to be financially literate. The countries recording the lowest results were:

In terms of countries regarded as having emerging economies, it was the group of countries known as the BRICS (Brazil, Russia, India, China and South Africa) which recorded results of an average of 28% of adults being financially literate across the board. At the bottom end of the scale was India with 24%, while South Africa were at the top end of the scale, showing 42%.

The cost of financial ignorance

The survey also helps to explain why it is that financial literacy is such an important skill to have, especially in developing countries. The truth of the matter is that financial ignorance bears with it significant costs. Consumers who do not understand the concept of interest tend to accrue larger debts and as a result incur higher rates of interest on loans. This same bracket of people also ends up borrowing more money and conversely, saving less.

Wonga are determined to promote improved financial awareness. The payday loans that they make available for people are great products. They help people to meet unexpected bills and help to carry them over a financial emergency, but only when borrowers fully understand their financial commitments and obligations. Borrowing money that cannot be repaid, or at best, that borrowers will struggle to repay, is folly.

If you?re interested in finding out how you would rate in the Global Financial Literacy test, follow this link and put yourself to the test.

It is only by improving financial literacy that we can help people to minimise debt and improve their financial health and well-being.