What Does Financial Independence Mean? 3 Examples to Consider 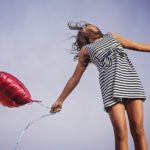 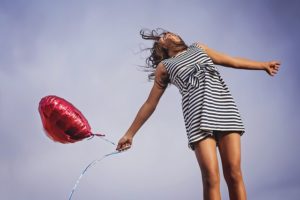 The words ?financial independence? just sound good. Very few people are financially independent in a way that means they don?t have to think about money on a day to day basis. Even if you have a good job and a well-managed budget, you probably still have financial concerns that play some role in your day to day life.

But what does it even mean to be financially independent? We have listed three examples below to help you get your mind around this interesting topic.

The Ability to Leave

One example of financial independence is someone who has the ability to leave their current job without too much worry on the financial side of things. This person is not necessarily ?rich? by most definitions, but he or she has enough money to not panic if they go through a period without employment.

This is a great place to be, as you will have more freedom on the job than most other people. For instance, if you don?t like the direction that your position has been taken within the company, you can speak to your boss openly about what you would like to be doing.

If they don?t want you to fill the role that you have in mind, it might be time for a change. Those who are financially organized enough to feel independent may be more likely to seek out something that is a better fit than those who badly need every paycheck.

That doesn?t mean you have to stop working, of course ? you may like what you do and wish to continue. However, you are free to pack it in because of the wealth you have accumulated. It should go without saying that this is a very difficult standard to achieve.

Our last definition might be the easiest one to reach, although that doesn?t mean it will be easy for everyone. To some, financial independence may mean nothing more than not having any debts to your name.

Sure, you still have to work regularly to keep up with your bills, but you aren?t spending any money on interest and all of your possessions are truly your own. It is easy to see why people would aspire to reach this level of financial standing.

It is a good feeling to know that you don?t owe anyone any money, and your budget will probably look a lot better each month without having any debt payments to make.

If you have a dream of becoming financially independent, start here and hopefully you can work your way toward one of the two definitions above.

What does financial independence mean to you? Which definition resonates most with you?