4 Reasons Why You Might Want to Consider A Temporary Job 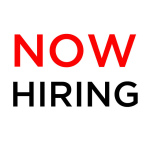 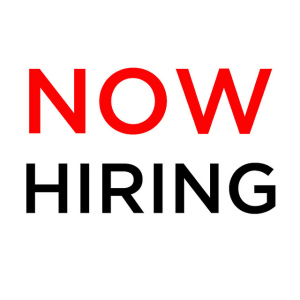 Searching for a new job can be a difficult for many people. This is especially the case in today’s job climate as there is often stiff competition for most openings. Depending on your situation it’s likely that you’ll need some sort of work to help you get by financially until your able to land a job in your field.

I know this will likely be heightened if you’re dealing with something like being laid off from your job. I’ve dealt with this in the past and ended up having to turn to taking on a part-time job or even a temporary job to help me stay afloat until I found more permanent work. If you’re in a similar situation you can look on this site?to find temporary or part-time positions in your city. Assuming you’re considering whether or not to take a temporary job, hopefully the following reasons will help.

It Could Grow Into A Career

If you’ve recently lost your job then, of course, you’re looking to replace your income. No-brainer, I know, but that’s a simple matter of fact. However, it’s probable you’re not going to replace your full-time job right away and thus need something to bring in income. That is where a temp job comes into play. Point being, you never know what is going to come about from a given situation. I’ve seen friends of mine turn temporary and part-time jobs into full on careers. That likely wouldn’t have happened unless they put themselves in front of someone who could notice them and did what they could to impress them while on the job.

You Can Learn A New Skill

One thing that I heard regularly as I was doing different job searches was the need for applicants to have more skills. Simply put, employers are looking for individuals that can bring a lot to the table, as well as having something others don’t have. That’s just the state of the job market. This is where a temporary job can actually help you in the long run – you have the opportunity to learn new skills. Not only can this help you with the company you’re temping for, but it can also make you more attractive to future employers. If it’s a marketable skill, you could even turn it into a side hustle in order to make more money on the side.

You Can Grow Your Network

As the saying goes, it’s not what you know but who you know that matters quite often. That phrase fits best, generally speaking, within the professional sphere. By taking on a temporary job you instantly get to broaden your professional network. Not only does that mean the potential of moving into different areas or skills, but it also means the possibility of using one of these individuals as a reference for a future opportunity. Like with the previously mentioned career possibility aspect, you never know what might come out of this.

What Else Are You Going to Do?

Regardless of if you’ve been laid off or a recent graduate looking for work there comes the question of what else you’re going to do until you land your next full-time job. I understand, as I’ve been there before, the desire to simply walk into a good paying full-time job that isn’t always a possibility. By taking on a temp or part-time job you open yourself up to different opportunities and likely feel better about yourself in the long run which is hard to put a value on. That’s also not to mention the financial aspect of needing to take on work as the last thing you’re going to want to deal with is having to get back on track financially in addition to stressing over finding full-time work.