4 Easy Ways to Be More Frugal 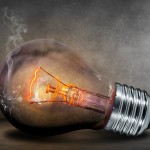 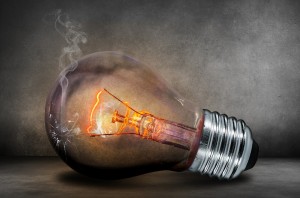 It?s not much of a secret anymore, but I?m going to throw it out there anyway in case you don?t already know ? I?m not 100 percent frugal by nature.

I was talking to my dad the other day and he asked me if I ?took advantage? of being in a larger town when I had a doctor?s appointment the other day. By that, he meant did I use it as an excuse to go shopping.

When I told him that I simply went to my doctor?s appointment and then drove straight home he was astonished, until I told him why.

I reminded him that I didn?t have anything I needed to get while I was there. I only went to go to the doctor and I wanted to get back home as quickly as possible so I could get back to work. I also told him that my goal is to pay off debt?and I?ll get there much faster by not going shopping for things I don?t have a true need for.

I?ve done several easy things to cut down on the amount of energy I consume. For example, I wash my clothes in cold water and dry them on low heat. I also use nature to regulate the temperature in my house until I absolutely have to turn on the AC or furnace. Whenever a light bulb burns out I replace it with a lower energy bulb, and I use natural sunlight during the day instead of turning on the lights.

When my best friend moved away a couple of months ago I was definitely sad. But the good news is that it has been really good for my budget. My best friend is not frugal and when combined with my non-frugal tendencies, we used to spend a lot of money going out to eat and finding ways to entertain ourselves each month. Now the friends I hang out with are more frugal. We often have a weekend BBQ or potluck instead of going out to eat.

I?ve been in a book club for a couple of years now and when we first started I would buy every book we read via Amazon. In my defense, I always bought a used copy so it was significantly cheaper than buying new. ;-)However I decided last year that I would always check our local library first before buying our book club book. This saves me money, because the library is free, and it also prevents me from having any more books cluttering up my overflowing book shelves.

4 ? Cancel Things You No Longer Need

Earlier this year I was able to finally cancel my TV service at the end of my two-year contract. I was ecstatic to be saving another $60/month, especially since I hardly ever watch TV anyway.

I also canceled my magazine subscriptions last year when I realized I had a huge stack of unread magazines because they were coming in the mail faster than I could read them. To this day, I?m still making my way through that stack of unread magazines. They are already paid for so I?m not spending any more money by reading issues I?ve already received, and I?m slowly cutting down on the clutter in my home by recycling them after I?ve read them.

To me, being frugal isn?t about giving up everything you enjoy in life. Instead it?s about making easy changes to your regular routine to save money.

Are you frugal by nature? What easy changes have you made to be more frugal? What are some hacks you’ve employed to help you be more frugal without cutting down on your level of enjoyment?