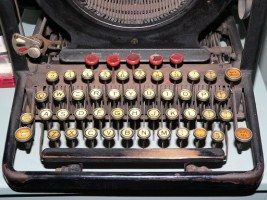 I decided that I need to post some random musings on a periodic basis. Updates, mini rants, interesting blog notes. These are all things I want to write about but don’t necessarily want to do an entire post on. I won’t be putting these out on a set schedule, so don’t look for them?regularly. Once in a while, when you least expect it, and when I’ve got a bunch of stuff to say, a WiseDollar musing will be spawned!

Last?Monday?I spent a solid four hours going through every single page on my blog, tweaking and getting the page load speed up to a minimum of 90. According to Google Webmaster tools, my page load speeds averaged 389 ms! That paid off, my?Google?crawls went up 641% and better yet, my?Google?search impressions went up?around?400%, with a corresponding rise in traffic from Google as well. I know that page load speed plays a significant part in?Google?rankings, but I had no idea that such small incremental?improvements?could make such a huge difference in such a short time!

Of course, now that I’ve optimized all of my pages my Hosting service (which shall remain unnamed, for now) is having what appear to be server load issues.?Google?insights is complaining about server response times and all of my page load speeds are in the mid to low 80’s. I had really wanted to post some of the?Google?Webmaster tools graph’s here to show you just how much?Google?love increased with page load speeds. I’ll have to put that off since my hosting service decided that it was time to throw an anchor over the side of the website and drag down the page load times a bit. I’ve opened up a ticket with them and hopefully will have it resolved soon. If not, I’ll be looking for another hosting provider. I’ve about had it with this one. There have been unexplained outages lasting up to 12 hours; I have seen SQL mysteriously die for hours at a time with no notification or admission of guilt from them. We’ll see, this may be the straw that breaks the camel?s back.

Hopefully, if my hosting service gets their crap together, I’ll have some good charts to share with you showing the correlation between Page Load speeds, crawl rate and search?impressions.

The garden is doing well. I’ve planted lettuce, spinach, brussel sprouts and broccoli in the raised beds. I think I can get five to six weeks out of them before the heat causes them to bolt. My plan is to pull them once they bolt and plant tomatoes and peppers in these beds. I think that in the mid to late fall I can replace the?tomatoes?and peppers with lettuce and some other cold weather veggies in the beds and get a pretty long season out of the two raised beds. I’ll post results?periodically?in my ramblings and let everyone know how that works out.

Guess what! I have a new job! I went through an extensive interview process last week and met with five different people in the interview process. They crushed the entire interview?time frame?down significantly, the goal being that if I was the right hire, I would be able to join them in their kick off meeting and follow up boot camp training in Las Vegas starting April 6th. So guess where I’m posting this from? LAS VEGAS!?I’m extremely pumped up about this new job, the salesman I am teamed up with is the Babe Ruth of sales, we’ve already discussed tactics and?strategies?a few times before my actual start date and we’re going to be a really good team!

There are at least four other folks in?similar?positions?to mine that I have worked with in the past. Every single one of them have said that this is the best job they have ever had in their lives, interestingly enough in 28 years of?existence, this company has NEVER had a lay off. One fascinating fact that was I was told several times during the interview process was that they look for the right skills AND for someone that will fit into their family. I like that, I really do like that!

To add some?icing?to the cake, I asked for a bump in my overall compensation. They?didn’t?give me what I asked for but I still got a not insignificant bump in pay! Although I was bitter at my last company when I got laid off, I have to express some gratitude that they gave me the boot. That was the?necessary?kick in the ass that I needed to get out of a job I no longer enjoyed and on to something more exciting and?personally?rewarding. Here’s One last note on the job search. It was the NETWORK that found me the job. Recruiters were good for some encouragement, Linkedin gave me a lot of good leads and way’s to contact the NETWORK. But in the two times I’ve been laid off, it was the NETWORK that found me a job. Here?s some advice for you, take it for what it?s worth. Don’t burn any bridges and keep in touch with old co-workers! You’ll never know when they will pull you out of the fire (or vice-versa)! 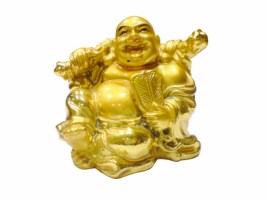 To all of you that sent me well wishes and prayers, a heartfelt thank you! I really appreciate it, I?believe?in Karma and I really?believe?your?positive?vibes helped! Here?s a laughing Buddha to make you smile! (I?m not a Buddhist but the laughing Buddha always brings a smile to my face).

I wish I were talking about something you put a large chunk of meat in, set a slow smoky?fire?underneath, and pull out some delicious eats a few hours later.?Unfortunately?I’m not. I’ve been a smoker since I was knee high (not really, but it seems that long). I decided to give it up a few weeks ago and finally took the plunge on Thursday. At 6:04 PM to be exact. That was when I?smoked?my last cigarette. By the time I put this post “on the wire” it will be going on three days smoke free. I?m not entirely free of nicotine. I’m using an “e-cig” with pretty potent juice (26mg). But it’s working!

The only cravings I’ve had are of the habitual type. The ones you get when you’re doing something you?re used to smoking a cigarette with. I’m pretty happy with this so far. I know that’s there are health concerns with these e-cigs, but I view it as a lesser eveil than the burning stick cig. Besides, my plan is to gradually reduce the strength of the juice I’m using to zero mg. At that point, I should have effectively kicked the habit! Wish me luck and expect to see updates on future “musings”.

?Do you have have any musings you want to share with us?