How to Reduce Moving Costs 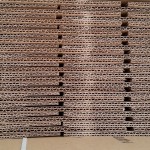 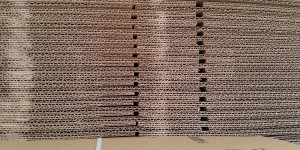 No matter what your situation for moving, the sheer breadth of things to do during a move is enough to make you tear your hair out.

You?ll have to change your mailing address at tons of places, pack away all your worldly belongings, hire a moving company and then unpack everything all over again when you arrive at your new home. You’ll have to clean your current home after you leave and your new home before you begin unpacking. Some things will likely get misplaced and sometimes things break too.

With that in mind, we?ve come up with a few ways you can keep moving costs as low as possible.

Moving crews and vans can be expensive, and a few of the cheaper variants are known for their rough handling of fragile goods. Just think of the scene in Manhattan where Woody Allen is moving house. One by one, over a George Gershwin soundtrack, removal men throw boxes around with abandon, smashing everything in their wake.

While most aren?t quite so caricatured, you?ll feel better moving your smaller items with another, safer method.

Whether you plan to send a parcel to China or Zimbabwe, an effective courier will help you move your delicate items through the secure system of the mail.

Maybe you want to move jewelry or a music box, some irreplaceable heirloom you couldn?t bear to lose. Either way, a courier could help you move your precious items.

Estate agents are, by most accounts, an expensive bunch. But unlike a number of other businesses, their prices aren?t set in stone.

Some agents will charge up to 2% of the value of your new property, lining their pockets with a bunch of your hard-earned money.

Don?t be frightened to haggle with your agent and save yourself some money. If you don?t feel they?ve earned their wage, you?re well within your rights to give them less.

Why hire a multitude of removal vans to move objects you?re going to declutter when you unpack in your new home anyway? You might as well set money on fire and throw it in the bin.

Instead, declutter before you pack up and move to your new house. You’ll have more room in your new place, less to pack, and less to pay for.

Moving houses can be a stressful time for you and your family. But with these money-saving tips, you’ll have one less thing to worry about.

Have you ever moved houses? How did you save on moving costs?