2 Simple Ways You Can Avoid Being House Poor 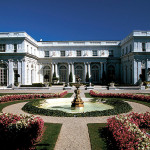 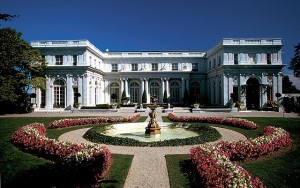 One of the biggest financial mistakes I?ve ever made was buying my house at age the age of 21.

I had just graduated from college and started working a full-time job back in my hometown. After viewing several rental houses I grew frustrated by their terrible condition and thus I started looking at houses that were for sale instead.

As I?ve said before, I love being a homeowner most of the time. But when I bought my house, I made the mistake of making myself house poor.

According to Investopedia, house poor is ?a situation that describes a person who spends a large proportion of his or her total income on home ownership, including mortgage payments, property taxes, maintenance and utilities. House poor individuals are short of cash for discretionary items and tend to have trouble meeting other financial obligations like vehicle payments.?

With that in mind, here are two ways you can avoid being house poor.

Don?t Buy Too Much House

Buying too big and too expensive of a house is how m0st people, myself included, become house poor.

In my case, I was pre-approved for up to $120,000 to spend on a house. After viewing houses in my community at the $80-90,000 range, I knew I would need to spend more to get a house that was move-in ready and up-to-date. Unfortunately in my community there aren?t really any houses between that and the $120,000 mark, which is how much my house cost. I also didn?t have money saved up for a down payment or closing costs, which made my house loan more expensive.

Just because I was pre-approved for $120,000 and I faithfully make my payment each month doesn?t mean it hasn?t been hard to watch almost 45 percent of the income from my full-time job being used just for the mortgage and utilities each month – it is! I wish I had shopped around longer for a cheaper house or a rental in decent condition. A worst case scenario would’ve simply resulted in living with my parents for a few months while I kept looking for a place.

Don?t Be Above Downgrading if Your Income Drops

With all the job losses from layoffs and company closures in today?s economy, it shouldn?t be embarrassing to have to move to a smaller, older, or cheaper home in order to avoid being house poor.

Sometimes when people experience a job or other income loss, like a parent transitioning to a stay-at-home parent after the birth of a child, they continue to live in their expensive house even if they can?t afford it.

If the income drop is short term and you have an adequate emergency fund in place, this might work out just fine. But if not, you might want to ?consider moving so you don?t become house poor.

Being house poor is not very conducive to helping you achieve other financial goals, like getting out of consumer debt, building an emergency fund, or saving for retirement. Plus when you are house poor the amount of money you can spend on fun things, like family vacations and more is also drastically limited.

Are you house poor? What other ways can you think of to avoid being house poor? How old were you when you bought your first house?