2 Reasons Why I Hate Being A Homeowner 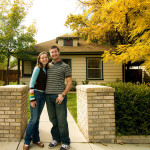 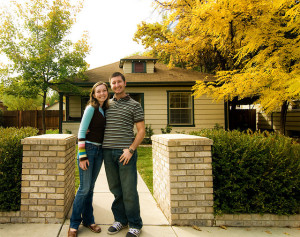 Ever since I bought my house at the ripe old age of 21 in October 2012, I?ve found myself regretting my decision to pursue homeownership every now and then.

Sure buying a house does have a lot of perks over renting, like being able to paint the walls whatever color you want. Lime green kitchen anyone? (Just kidding!)?Plus as a homeowner you can have pets without having to ask for anyone?s permission, which I love. But even with all the perks of owning a home and being able to do pretty much as you please, homeownership does have some serious cons too. Here are two things I really hate about being a homeowner.

One of the biggest nightmares I?ve run across as a homeowner is having to pay for major repairs to my home due to people having taken shortcuts in the past with maintenance. Therefore, having an emergency fund when you are homeowner is especially important.

Though the entire main floor of my home is new and the basement?s finishings are all new, there were still several big issues when I moved into my home. For example, within the first week of living here my toilet started leaking sewer water into my basement. That was definitely not a fun thing to fix!

I also discovered some major issues with how the electrical is hooked up in the basement and though I?ve taken care of the immediate safety issues, I?ve yet to completely fix the rest of the problem. Because my basement has a solid ceiling instead of drop tiles, I?ll have to rip out a major portion of the ceiling to fix the wiring problems.

Stability is usually a pro of buying a house, as you have your payments locked in and won?t be subject to rent being raised by your landlord, but in this instance the stability and longevity of homeownership could be a con.

One of my next door neighbors is a guy I went to high school with. He?s a few years younger than me, but still fairly close to my age. Unfortunately the maturity level gap that is often present when you compare genders is very apparent with him. While he holds down a full-time job, he still manages to throw loud, raging parties every weekend much to the dismay of the rest of our neighborhood. Not only is the loud music and guests coming and going all night a major annoyance, his friends also park in our driveways and once had me blocked in when I was trying to leave my house to make a late night grocery store run.

Though I love homeownership for the most part, it’s like other things in life – not perfect. Sometimes I miss being a renter and having someone else on the hook for repairs and maintenance costs, and being able to pick up and move in a year if I wasn?t happy with my location or my neighbors. But overall, homeownership is still worth it to me.

Are you a homeowner? What are the biggest cons of homeownership that you notice? How often do you think it might be better to rent than to own?