Want to Go to Hawaii for Free? Here?s How 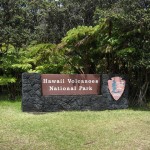 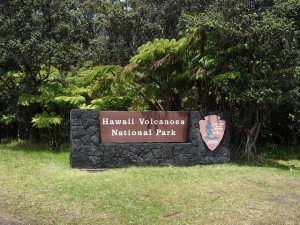 My wife and I have been thinking over our travel hacking plans for next year and are in the middle of discussing some exciting options. One place we keep coming back to (well, at least my wife does) is Hawaii. I wouldn?t mind going to Hawaii at some point, but I?ve got other places I want to see first. Seeing as?the ?average? trip to Hawaii cost nearly $2,700 as of 2012, we?re of course looking for ways to be below average in this area.

Go to Hawaii for Free With Free Airfare

In my completely unscientific testing, I found that plane tickets to Hawaii seem to cost around $800 for us to fly out of Omaha. I suppose we could also try and fly out of San Diego and leave our kids with the in-laws to get a cheaper price, but did not check on that. Going back to the article on the average cost, tickets to Hawaii were in the $600+ range. At any rate, those are costs I?m not willing to pay.

If we?re wanting to go to Hawaii for free then the first option will most definitely have to be the?Hawaiian Airlines World Elite MasterCard. Why should you be interested in the Hawaiian Airlines credit card? It?s quite simple really ? you can use it to earn a free ticket to Hawaii. Ok, you?ll likely have to pay the taxes and fees but that?s nothing compared to the cost of the ticket itself.

Here?s how the card works. You spend $1,000 within the first 90 days of signing up for the Hawaiian Airlines credit card and you get 35,000 bonus miles. A coach ticket to Hawaii requires 40,000 miles, but as a cardholder you get a 5,000 mile discount. If you want to use the credit card between different islands, you can do it for as little as 10,000 miles. There are some other nice benefits to having the Hawaiian Airlines card such as getting a one-time 50% off companion ticket as well as a complimentary checked bag. The card does have an $89 annual fee, but I personally would not let it hold me back from taking advantage of the benefits.

The other nice thing I like about the Hawaiian Airlines credit card is they offer both a personal and business version of the card. What that means is if you have a justifiable business you could apply for and use both cards and get double the miles. Not too bad in my opinion!

If you want to go to Hawaii for free, or for cheap then lodging is going to be the obvious second major cost. Going back to the same article, the average total cost of a hotel room in Hawaii is $233. Again, that is something I?m not willing to spend. The nice thing is there are several options to consider if you?re looking to go to Hawaii for free and spend nothing on lodging.

The first option I?d look at would be the?Barclaycard Arrival cards. Barclays has both a fee and no annual fee card. Don?t sweat it though as the annual fee of $89 is waived the first year. With the annual fee version you get $400 after spending $3,000 within the first 90 days of the card. You also get 10% points back when you redeem your points, which takes the value to at least $440. If you can combine that with your partner?s card that?s $880 right there. The no annual fee version gets you half the value, so $220 after spending $1,000 in the first 90 days. Beyond that the cards are the same and also offer 2% back on all purchases. The cards can also be used on virtually anything travel related, so it doesn?t just have to be used on hotels.

There are some other options if you want to go to Hawaii for free and you don?t want to deal with Barclays. The first thought would be a card from Chase ? like the Chase Ink which would get you enough Ultimate Rewards points to transfer out to different hotel programs to cover the lodging. There are also numerous other hotel cards you could consider, like the Starwood Preferred Guest card. Their properties do seem to be a little higher in Hawaii, but it could be an option that works for you. You can check out a listing of their properties?here.

If you want to go to Hawaii for free, it can most certainly be done. It just takes a little work and some planning. I?ve never been there, but my wife has and from what I hear it?s well worth the experience, so why not get it for free or cheap to boot?

Where was your last free trip? If you could travel anywhere, and cost wasn?t an issue, where would you go? Have you ever been to Hawaii?