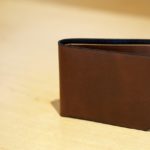 Being frugal (which is kind of a nice way of saying ?cheap?) is usually a great thing. Frugality can help you to get, and keep, your financial life in order. While it might not always be fun to choose saving or spending, the rewards are obvious when you live your life in a frugal state of mind.

Of course, taking the frugal path is not always the right choice. Sometimes, you are actually justified in your decision to spend money instead of always being frugal. The following are?five examples of times when you just might be better off spending rather than saving.

The old saying that ?you get what you pay for? often applies to vehicles. That doesn?t mean that you have to buy the most expensive car on the lot, of course, but you probably shouldn?t buy the cheapest, either. Investing in a quality vehicle, and then servicing that vehicle regularly, is something that can pay off in the long run. If you do opt for a cheap car with minimal features and only a basic warranty, you could wind up paying for that decision with repair bills in the near future.

You might have noticed that some of the ?junk? foods that many of us love to eat are rather inexpensive at your local grocery store. While that might be true, that doesn?t necessarily make them a good deal. For one thing, those foods are generally bad for your health, so they should be avoided. Also, you tend to eat more of those kinds of foods because they are high in salt and sugar, meaning you won?t really save money in the end.

Fixing Your House on the Cheap

For most people, a home is the most expensive purchase they will ever make ? and the biggest asset they will ever own. Therefore, it is a good idea to care for that asset by fixing it properly when something goes wrong. If you try to save money by only patching together a repair when something is wrong with your home, you will inevitably wind up spending more to fix it again down the line.

Clothes are a necessary expense, and there are garments on the market that range from extremely affordable to extremely expensive. Most likely, you will want to place the majority of your purchases in the middle of that range. While you don?t want to buy the most expensive shirts and pants in the store, you probably should steer clear of the cheapest ones as well. Cheap clothes usually don?t last long, meaning you will be back out buying more new clothes again in the near future.

Part of being frugal, by extension, is working a lot in order to earn more money. While that is great, it would be a mistake to work every day in pursuit of the biggest possible paycheck at the end of each month. Money is great, but you can?t take it with you when you go. As long as your budget is in order, make sure to enjoy living by giving yourself some time off now and then.

Have you ever taken frugality too far and regretted it later? What are some things you shouldn’t be frugal (or ?cheap) about?