4 Ways to Be Financially Proactive Instead of Reactive 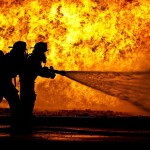 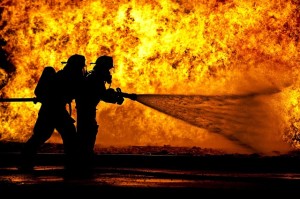 Generally speaking, being proactive instead of reactive is what sets extremely successful people apart from those who tend to be less successful in life. The same can be said for having proactive or reactive financial habits.

I?ve been guilty of being reactive instead of proactive at different times in my life, but I?ve recently realized that being reactive has hurt my chances of success in the past and now it?s time to take a proactive approach to my finances.

Here are four ways you too can be financially proactive instead of reactive.

Lots of people who are in debt don?t even realize the extent of their financial situation. Instead of being proactive and facing their debt, they simply ignore their statement balances, make the minimum payment and move on to the next task on their to-do list. But to be proactive instead of reactive means taking the time to face your debt. Open your bills, take note of your debt balances and make a plan to get your debt paid off.

It can be scary to finally be proactive and face your debt (trust me!), but it?s a necessary step if you want to become debt free.

Reactive people don?t usually have insurance or an emergency fund to help them in times of an emergency or disaster. Instead they see their credit cards as their emergency fund and that?s how they deal with any extra expenses that they might face in an emergency – as opposed to having a savings account?to fall back on.

Proactive people think ahead and prepare for whatever life might throw at them. This means having insurance for your home, your car, your family and more. Additionally, proactive people understand the important of having an emergency fund. Saving up an emergency fund is not the most fun use of your income, but it?s extremely important if you want to be financially secure.

Much like having an emergency fund, paying for maintenance of your belongings is not a fun way to use your income, but it?s important to regularly maintain the things you own so you don?t end up with bigger expenses down the road.

Getting the oil changed on your car, cleaning out the gutters on your house and keeping things reasonably clean and in good general repair are all maintenance tasks that need to be performed to avoid future financial ramifications. Unfortunately when money gets tight, maintenance tasks are usually one of the first things people cut from their budgets. Instead of cutting maintenance altogether, you could try to do more of it yourself to save money, or you could barter services if it?s something you really don?t have the tools or know-how to complete the task.

With the instability of the job market and the economy in the past few years, it?s become more and more popular for people to build multiple streams of income by having side hustles in addition to their main job.

Those who are proactive and build multiple income streams are going to be a lot more financially secure in the event that they lose their job than those who are reactive and only become concerned about find other sources of income after they?ve already lost their job.

There are lots of ways that being proactive can save you money and help you be more financially secure vs. being reactive to situations and things in life.

Are you proactive or reactive? How has this impacted?your finances? What’s one thing you’re going to attack next year?