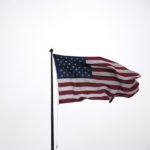 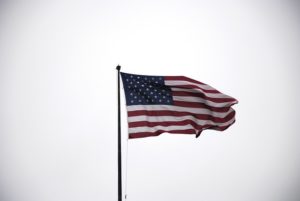 ?To achieve what 1% of the world?s population has (Financial Freedom), you must be willing to do what only 1% dare to do…hard work and perseverance of highest order.? – Manoj Arora, From the Rat Race to Financial Freedom.

The concept of financial freedom is of vital importance to most of us. I don’t believe that anyone really enjoys being financially dependent on another person. I know that when I was growing up, I couldn’t wait to start earning my own salary. In other words, I was desperate for financial freedom. What does economic independence really mean? As a young person, I thought it meant earning my own wage and being able to buy what I wanted to. As an adult, I learnt that this perception is not reality based.

Its very easy for us to live beyond our means especially as we currently live in a consumerist culture. We have been, and continue to be conditioned by current marketing efforts to buy everything that is advertised even if we can’t afford it. For example: we have been led to believe that smartphones only last for 2 years before they break; therefore, we need to purchase a new mobile device every two years. Do mobile devices really only last for two years, or have we been conditioned to believe that they do by very powerful marketing tactics?

What Should we Believe?

In summary, my experience is that a mobile device will last more than two years if I care for it. If I drop it or damage it in any way, it will not even last two years.

Apart from hard work, sacrifice, and dedication, achieving the goal of economic independence, or financial freedom is also dependent on the current socio-economic and geopolitical environment. We currently live in a world where living conditions are harsh. We continually face threats of wars, financial recessions, and high levels of crime, amongst other issues, making the global economy a tough place to thrive.

In spite of the challenging global conditions, it is important not to panic and give up. Achieving our goal of sustainable living is possible. We just have to work harder and we will get there.

A good example of how the economy of a country affects the ease with which we are able to become financially stable is the latest news out of the USA:

Donald Trump has just completed his first full month as the president of the USA. His belligerent and bombastic leadership style continues to draw global interest on a daily basis. Ian Bremmer, the founder of risk-assessment firm Eurasia Group, opines that “presidential elections often represent uncertainty for American businesses. Donald Trump’s victory is no exception. Trump’s restless Twitter fingers and free-trade-bashing bravura, combined with global turmoil, have given many businesses a muddy view of the future.”

However, not everyone has a dim view of Trump?s reign. The American NFP (Non-Farm-Payroll) figures show that “Donald Trump?s first full month was as good for employment figures as it was for the stock market… Unseasonably warm weather helped the construction industry outperform… [and] Trump?s pro-business stance.. has convinced business owners to add staff.”

In simple terms, increased employment numbers equate to the fact that more people are employed and receive a monthly wage; thus, more families are able to support themselves and are no longer dependent on social welfare. This, in turn, improves the economic outlook of a country, which then ensures that financial markets respond positively to the strong economic numbers. In short, everyone is happy!

It goes without saying that achieving the lofty goal of economic independence is going to take a super-human effort including dedication as well as extremely hard work. It is not easy to work towards being debt-free, plus saving for our retirement, and living within our means. However, it is well worth the sacrifice!