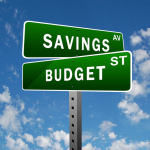 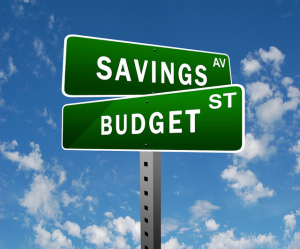 It is much easier to waste money than most people realize. You might have the best of intentions to control your spending, yet money still leaks out of your budget without you even noticing. These budget leaks might not be huge, but they can add up to cost you big time at the end of the month ? or the end of the year. Just by taking a little bit of time and refining your budget, you would be surprised at how much you can save. You might have to cut out a few things that you usually indulge in, but the sacrifice will be worth it in the end.

Leak #1 ? Your Cell Phone Bill Is Likely The Biggest of the Budget Leaks

I?ve written before about how to save money on your cell phone bill. A survey done by Harris Interactive and Coupon Cabin showed that nearly half of Americans are spending at least $100 on their cell phone bills, what?s worse is 10% were spending at least $200 per month. My wife and I are right in the middle of and will be switching to a no-contract carrier this Spring when our contract with Verizon is up.

If you?re spending over $100 on your cell phone bill, that isn?t a budget leak, but a budget hemorrhage. There are many options to look at if you want to cut that bill with carriers like Republic Wireless or Straight Talk being the ones we?re looking at most closely as you can generally get plans for $50 or less. Just think of what you can do with that extra money in your budget each month!

If you have a cable subscription, think about what channels you actually watch, and which you could live without. You might be paying for an expanded cable package that goes mostly unused, meaning that money is wasted from each month. Call your cable company and ask about alternative packages that better suit your needs. If this isn?t an option for you, you can always call in every few months to try and get a discount on your service.

What if you want to plug this budget leak altogether though? Many have cut the cord to cable which allows them to save a significant amount of cash each month. If most of what you watch is on the major networks or cable channels then you?re likely able to get most of your programming for far cheaper.

Having a gym membership is a great idea? IF you use it! However, if your membership simply gets deducted from your bank account each month, without any exercising being done, you are wasting money. I know it might fly in the face of another goal you have, but if you need to free up cash this is one of the easiest budget leaks to fix. Don?t worry; there are still many ways you can work out for free while at home that will allow you to keep that cash in your pocket and not in someone else?s.

There are plenty of reasons to use credit cards, and there is nothing wrong with having them in your wallet. It?s no surprise that I enjoy churning rewards credit cards to fund free or cheap trips, but if you?re not paying off your credit card bill each month then it?s not worth it.

This issue really goes beyond being a budget leak and more so towards living with debt ? which is a different issue altogether. If you?re in debt and still using credit cards, then do yourself a favor and set them aside until you can pay off your debt and get back on the track financially.

This can be a sneaky one, because you probably don?t think about them very often. How many magazines are you subscribed to? There is more than enough reading material available online today, and almost all of it is free to access. There is very little reason to pay for annual magazine subscriptions anymore, unless you are very interested in a specific niche field served by a specific publication. Consider pairing back your magazine subscriptions to find some savings.

What are some of the other budget leaks I missed? What is the first thing you look to cut when wanting to save money in your budget? How much is your cell phone bill?