Things to Buy and Not to Buy on Black Friday 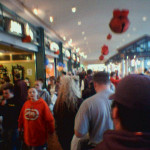 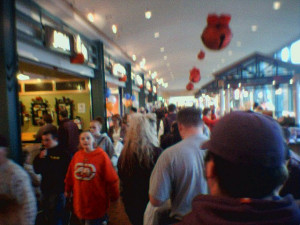 A lot of people go shopping on Black Friday believing that they are going to get the best deals that they won?t see any other time of the year. While this is true on occasion it is most certainly no guarantee. There are times when buying an item on Black Friday isn?t a good idea. ?That is the case as you can often find those items for cheaper at other points of the year.

If you’re trying to decide whether or not to fight the masses the day after Thanksgiving, hopefully this list will help you narrow down things to avoid as well as some items to play closer attention to. I’ll give you a hint though…you’ll enjoy your day much more if you stay home. Not only will you be able to save money in the process, but also not stressed out fighting crowds to get your hands on a certain item.

What Not to Buy on Black Friday

Video game systems are a popular Black Friday item. If you’re one of those wanting to score a deal, one thing that you don?t want to do is to buy a game console unless it comes with a bundle. It likely won?t be a good deal and you may be wasting your money, because chances are that you are going to find a deal later in the season that is the same price for a bundled deal.

Another item that you shouldn?t buy on the day after Thanksgiving is international airfare. If you want to buy airfare to go to Florida or California, you can often find deals both on the biggest shopping of the year and as Christmas comes closer – which is great if you’re wanting to spend some time in either of the sunny locales during colder parts of the winter.

But if you are looking for an international trip, it?s a good idea to book flights when the New Year starts. This is usually the best time to make international flight purchases. Even though it?s not a good idea to buy international airfare around Thanksgiving, it sometimes can change depending on the airline. So keep an eye out for the deals and see what is being offered.

According to Fox Business, exercise equipment is not a good purchase on the day after Thanksgiving. The prices will be lower in December and January, so hold off on those weight machines for now. While you might be tempted to start working off that extra turkey and mashed potatoes now, you’ll save more money by waiting on this one.

A lot of circulars have deals that are being offered on large appliances like washing machines and refrigerators. But while these could?be good deals, the better deals for small appliances will be prior to or following the big shopping day. An example would be vacuum cleaners that are usually less the week before Thanksgiving.

Now that we have discussed the things that you shouldn?t buy on the day after Thanksgiving, let?s look at the things you should buy and that are going to save you money.

Tablets are a popular Black Friday item and for good reason. A lot of tablets are going to be discounted, especially if newer models are being rolled out. The reason for this is because there is so many different tablets, which means that there is a lot of competition for the name brands.

If you aren?t interested in buying something brand new and you are looking for something a bit less expensive, there are also used or refurbished models which are even less than the newer models. They work just as well and often come with a warranty.

Movies and video games are often deeply discounted on the biggest shopping day of the year. Sometimes Blu-rays can be found for only several dollars and a lot of box sets of television shows can also be rather inexpensive. If someone has a video game system or they are getting one for Christmas, this is also a great time to purchase games for the system. Movies and games make great items to put into stockings.