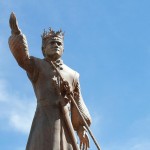 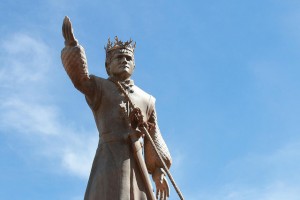 Spoilers are the norm in this fast-paced, information-laden society in which we live. So much so that it may make you long for the days before the Internet created a 24 hour news and information cycle. Back then, you could have a life?that didn’t require you to go dark on social media just to avoid learning about what happened in your favorite TV show before you’ve had a chance to watch it.

Take for example, the ever-popular and much loved HBO series, Game of Thrones. If you’re a fan?but?don?t have Sky TV?or some other cable or satellite network subscription and have to wait to watch the latest episode, Twitter can make your life really difficult.?From the second an episode airs, Twitter begins overflowing with spoilers, revealing major plot developments (like which major character is now unexpectedly dead).

Short of actually unplugging yourself from the Twitterverse, what can you do avoid letting this social media channel ruin your enjoyment of your favorite TV shows? Here are some things you can try but – spoiler alert – avoiding spoilers on Twitter isn’t?easy. 🙂

The ability to mute people is a feature many Twitter users might not be aware of but it’s a handy one to use when you’re trying to avoid finding out what happened on your favorite TV show before you have a chance to watch it.?If you follow someone who you think is a spoiler risk – a big fan of a series you?re watching or someone with prior form – mute them, and they?ll disappear from your timeline.

Unfortunately, doing this means you won?t see any of the muted?s tweets, which could be awkward if it?s a family member or friend. But shows before bros, I say – if your pal?s a spoiler-er, mute away. 😉

While it might be since if?Twitter gave you?the ability to block specific words?in its?basic desktop version or app, unfortunately that’s not a reality, at least not yet. In the meantime, you can filter out spoilers by using?a Twitter dashboard like TweetDeck, which it lets you filter out posts containing certain words or phrases.

The downside is that tweets containing spoilers, but not the words you?ve filtered out, will still get through, and the context alone could be enough to tip you off. Whether or not it’s worth the risk is for you to decide.

Oh, it?s irritating and draconian, but, in this case depressingly appropriate. The best method for avoiding spoilers on Twitter is to not go on Twitter until you?ve seen the show or film you?ve been waiting to see. While avoiding Twitter for a day or however long it takes you to catch up with your favorite show might feel like going through withdrawal, you can do it.

Really, you have a choice to make about what you value more – Twitter or a pristine, unspoiled version of your show. If you find that you simply can’t go without Twitter for any length of time, spoilers may just have to be the price you pay for your addiction to being on Twitter.