How the Agricultural Economy Affects You 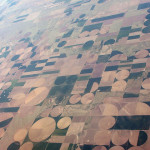 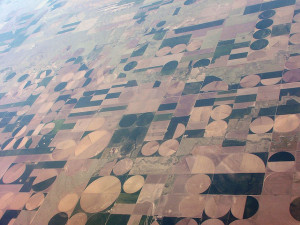 Agriculture affects all of us positively when times are good for farmers and negatively when times are bad for farmers. With the current challenges facing the ag economy today, namely the low commodity prices, high input costs, and drought that is still occurring in some areas, I wanted to share with you a couple of ways that the agricultural economy has an effect on you.

The price of food at the grocery store?is almost always one of the first things people thing about when they think about how agriculture affects them.

World Trade and the Agricultural Economy

Ag commodities are still one of the biggest industries in the United State today. Though our country and our world has changed a lot since the beginning of world trade, most of the major imports and exports between countries include ag commodities (grains, textiles, meat, etc.) or products derived from these ag commodities.

When you think about it, almost every single product you use throughout your day is at least partially derived from ag commodities. The food we eat, the clothes we wear, the cars we drive and the fuel we use in them (ethanol), all of these things are brought to you by agriculture.

My rural hometown?s economy is 100 percent dependent on the ag economy. Since the prices of commodities have dropped over the past year or so, our town has seen lots of major challenges arise. Implement dealers, which sell equipment for farmers, have seen sales drop off. Ag banks have seen carry-over debt levels rise. Even retail stores, like the one where I have my part-time job, have seen sales drop due to farmer?s working hard to cut every expense they can to keep their farm above water.

Because the farmers are no longer spending money, people that work in the affected industries are seeing hours being cut to save on labor expenses; our community college is considering cutting several educational programs and activities. I don?t think there is a business in my town that isn?t being affected by this weakening in the ag economy.

For those who don?t live in rural communities, it might be harder to spot the changes in your town?s economy but they are still there. After all, as I pointed out before, nearly every industry is tied to agriculture in one way or another.

Have you seen a change in your life or your community health due to the weakening ag economy??Have you noticed a difference in the price of groceries where you live? Do you live in an area that is 100 percent tied to a particular industry?