Should You Be Afraid of Churning Credit Cards? 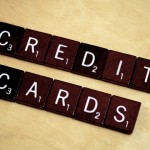 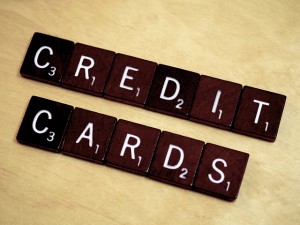 Churning?credit cards is something people seem to either love or want to avoid at all costs. I get the apprehension, on many levels, as it?s playing with a tool that if used unwisely can lead to overspending and potentially debt. That makes total sense.

However, for some there is a genuine fear of credit card churning. My wife has had several conversations lately with clients of ours who have expressed fear, or at the very least considerable apprehension, of what might happen to them if they dipped their toes in the waters of churning credit cards. In one case, my wife explained how to use one or two credit cards to fund an expensive trip.

Instead of being excited, her friend reacted with fear, skepticism and hesitation around the entire topic of using a credit card. My wife left the conversation sensing that her friend had a somewhat irrational view of credit cards ? which is another issue altogether really. Her conversations got me thinking that it would be interesting to discuss fear and how it relates to credit cards.

Fear of Hurting Your Credit Score

The first thing mentioned by each of these individuals my wife had conversations with was fear; specifically, fear that even using credit cards would hurt their credit score. That fear makes sense, on one level, but is largely an invalid point driven by a lack of knowledge about how a credit score is determined. Each time you apply for a credit card, you generally see anywhere from a two to a five point impact on your credit score. Personally speaking, I have churned about 10-12 cards over the past year or so and my score is still in the 790-800+ range when I check it on Credit Karma. Since anything over 720 is considered good, I?m pretty happy with that.

One of the keys to remember when looking to churn credit cards is to space out your applications. Most will say to space out applications at least once every three months to as far as four to six months to play it safe. I personally go with the fourish month method, applying for multiple cards on the same day and that seems to work well for me. The point is to space them out and apply wisely to have a minimal impact on your credit score. Do this and you should be fine.

The other thing to remember is the importance of building credit. Two of the individuals my wife spoke with didn?t have any credit cards. While they shouldn’t jump head first into churning credit cards, they do need to build credit from nothing?and thus likely should get at least one credit card so they can begin to build that score. However, that?s really a separate issue altogether.

Fear of Getting Into Debt

Another fear I hear quite commonly is that churning credit cards will lead to getting into debt. I will say that if you?re afraid that churning credit cards will tempt you to overspend and get into debt as a result then no free trip is worth it ? plain and simple. Some might argue this, but I would say this is a valid concern. That is especially the case if you have a history of struggling with debt. In that instance, you need to do what?s best for you.

Maybe it means just getting one card, using it wisely and using it as a means to build your credit. Again, you need to do what?s best for you and your situation. With balance using a credit card can be fine, but you need to be able to sleep at night and if worries about churning keep you up, you should probably avoid it altogether.

Churning Credit Cards Can Be Rewarding

As you can likely tell, I am pro credit card churning as long as it’s done wisely. :-)?We have used it to fund several trips over the past year or two and have plans to do even bigger and better ones in the near future. Most of these trips would?ve cost us several thousand dollars yet we were able to leverage credit cards to get them for free or for pennies on the dollar. What?s even better is that we have earned these trips through our regular, everyday spending.

With that in mind, if you?re able to maintain that balance there really isn?t too much to fear. Yes, if you?re concerned about debt by all means churning credit cards should be the last thing on your mind. But, if it?s not then you can leverage your wise and planned spending to earn either cash back or free trips. You can start out slow and get a card that will allow you to hit the minimum spend rather simply.

For example, you could get the US Airways Mastercard that gives you 40,000 miles after the first spend.?If cash back is your thing you could always start out with something like the Chase Freedom or Discover it card to get you started. Essentially, if you?re interested in churning credit cards, dip your toes in the water with one card and see how it goes.