4 Ways to Eliminate Debt on a Variable Income 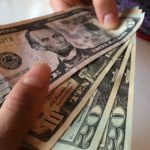 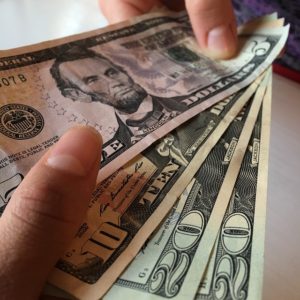 When it comes to personal finance, there is nothing that you can do which will be more important than eliminating debt.

Saving is great, but it isn?t going to do you as much good as simply wiping out your debts as quickly as possible. If you currently have any degree of debt, your first objective should be to get rid of that debt right away.

Of course, this is something which is far easier said than done. You may already know that you should be getting rid of your debts, but you might not know how to do it. This is especially true if you live on a variable income, which is true for many people in today?s ?gig? economy. To help you get on the right track, we have assembled?some tips to help you eliminate debt on a variable income.

Build It Into Your Budget

Debt payments should not be seen as an optional part of your budget. For many people, paying down their debt is something that they do when there is a bit of ?extra? money laying around at the end of the month.

That is a poor way to look at this topic. Instead, you should be prioritizing debt, as carrying that debt is actively costing you money on an ongoing basis. While planning your spending for the month, build in debt payments and view them as fixed rather than optional.

Have a Savings Buffer

Because your income varies somewhat from month to month, one of the best things you can do is save up a ?cash cushion? that you can leave in your savings account for protection. This doesn?t have to be a huge amount of money, but it should be enough to help get you through those thin months when you don?t have as much income to pay your bills.

Even if you have just a couple thousand dollars available in cash, that reserve will make you feel more comfortable about committing money to your debts.

There is no way around it ? you are going to be able to pay off your debts faster if you stop spending so much each month. If you take a careful look at the money you spent in the last 30 days, it is almost certain that you have spent some money which could have been saved instead.

Put the emphasis on saving instead of spending in your day to day life and you will have more funds available to eradicate your debt.

You are never going to get rid of your debt if you are adding to it at the same time that you are trying to pay it off. If you can?t afford to pay cash for something, it is better that you don?t purchase it at all. Learning to have the discipline to only purchase things which you can afford at the time will go a long way toward helping you get back on track from a financial perspective.

Do you have a variable income? How are you paying off debt?