4 Ways To Invest If You Hate The Stock Market 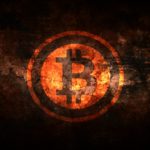 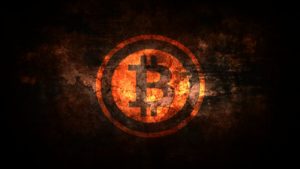 If you like to have a handle on your personal finances but you can?t stand the stock market, you?re not alone. In the past decade or so, the market has given investors reasons to be skeptical. There was a disastrous crash in 2008, and it took years for the economy to rebuild and the market to stabilize. Throw in general volatility and the current turmoil in geopolitical relations (which leads to economic uncertainty), and now doesn?t necessarily seem like the most appealing time to be putting money into a stock portfolio.

Here?s the thing?that doesn?t mean you can?t be investing! In some cases, even an uncertain market can be a suitable environment for the right type of conservative, long-term investment. If you, like so many others, are wary of the traditional stock market, here are four ways you can invest without touching it.

That?s right?the gimmicky cryptocurrency whose overenthusiastic supporters claimed it would supplant the U.S. dollar has actually become an investment asset worth keeping a close eye on. That doesn’t mean that this is a recommendation that you should buy Bitcoin. Nothing on this list is a specific recommendation or endorsement. This is merely an acknowledgement that you should at least consider cryptocurrencies as a means of investing outside of the stock market. A recent article about what to expect from Bitcoin in 2017 pointed out that the currency?s value rallied more than 120 percent last year. That doesn?t necessarily make it a smart buy at this moment?but it sure would have been a smart buy in January of 2016, so it’s worth monitoring. Plus, investment is simple, you can just buy Bitcoin through an online exchange and store it until you want to sell.

The forex market, also known as the currency trade, has more in common with the ordinary stock market. While it works similarly, it?s still considered to be a great deal simpler by most of its proponents. As one article put it, accessibility, liquidity, leverage, global exposure, and low trading expenses are all among the reasons to try trading forex. This means that the market is open 24 hours a day, you have the option of trading numerous currencies from all over the world, transaction fees are low, and high liquidity means fewer erratic shifts in value. Maybe the most appealing thing someone who can?t stand the stock market is that there are really only about eight major currency pairs that account for the bulk of the entire market?s volume?which means there?s much less to keep track of.

Peer-to-peer lending has become trendier these days, thanks in large part to the emergence of several trustworthy platforms that make it easy to engage in. If you?re not familiar with this idea, it?s the concept of lending your own money to an individual or a company in need of capital. Different arrangements work in different ways, but you work out a plan by which the individual or company then pays you back with interest down the road. It can be a risky style of investment given that there?s no telling how much success your borrower will have, but some people find it a lot more enjoyable, and in some cases even more logical than the stock market.

Invest In Your Own Spending

That phrase may not make a whole lot of sense on the surface, but it?s probably the best way to describe the idea that one pioneering investment app has popularized. The idea is that you can set up a stock trading account to use digital change from credit card transactions. For each time you spend money the app will extract the change that would round your purchase up to the next dollar, and put it into an account. The really cool thing is that you don?t have to manage the account. It?s all done automatically but you still have the freedom to choose a riskier or more risk-averse setup to start with.

Do you trust the stock market? What are you investing in?