Why Forex is Still a Viable Trading Option in 2016 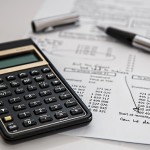 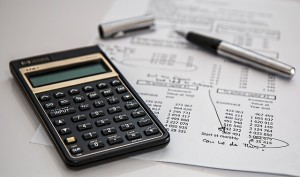 2016 has already seen some volatile times in terms of investments and trading. From the rumored “Brexit” to changes in both American and European interest rates, some investors feel that it is best to adopt a watch-and-wait approach. However, this violates one of the most fundamental laws of trading. Short-term profits are much more realistic during fluid and volatile times as opposed to instances of relative stability. This principle dictates that the Forex markets present more of a rewarding trading opportunity than ever before. In order to appreciate this observation, it is important to take a look at some of the underlying factors which have allowed currency investments to prove worthwhile.

The Role of Interest Rates

Many of us are already aware that the United States Federal Reserve raised its interest rates recently, and is expected to do so again, while the European Central Bank (ECB) lowered its domestic rates. This caused many traders to assume that the dollar would have gained strength when compared to the euro. However, both changes were more modest than expected and thus, we have not witnessed as much of a disparity as predicted. This could all be set to change, as the Federal Reserve is expected to enact further hikes later in the year. Astute traders are likely to take advantage of such movements as they occur.

The Role of the Brexit

Speculation is rife in regards to whether or not the United Kingdom is slated to leave the European Union. While such a change would indeed be historic, many Forex traders are not looking that far ahead. Why is this the case? One of the fundamental advantages in regards to currency pairs is that money can be made during any economic or political state. It all depends upon how the ratios of two pairs (such as the pound and the euro) are expected to evolve. In other words, those betting on the Brexit scenario will watch for the value of the pound to drop before investing while those who have precluded such a situation are likely to invest in a strengthening euro as rumours are dispelled. Either way, there are profits to be made.

It is always recommended to possess long-term investments such as precious metals or similar commodities within a trading portfolio. However, the currency movements already seen in 2016 clearly illustrate that the opportunities for short-term profits have never been more of a reality. When these are coupled with efficient trading systems such as those provided by CMC Markets, the advantages are simply undeniable. In fact, many investors are hoping for further instability to capitalize on sudden knee-jerk reactions. The presence of lightning-fast electronic trading platforms enables even the most novice of traders to benefit from such scenarios.

2016 is set to be a very interesting year. As trillions of dollars change hands within the Forex markets every day, there is no reason not to become involved. Those who enjoy short-term profits within a liquid backdrop will certainly be pleased with what the coming months have in store.