Some Cryptocurrency Predictions for 2019

Although this year has been a pretty insane year for cryptocurrencies and no doubt 2018 will have a few surprises left in store, we already have our eyes set on 2019. Although not as eventful as the previous year, which saw heavy-hitters like Bitcoin and Ethereum skyrocket in value, prompting a global gold rush and quickly making cryptocurrencies one of the most talked-about global news items of 2017, we can definitely look back on this year as one to remember.

While the values of some of the most heavily-mined currencies have cooled off and stabilised somewhat, others have exploded in value. What has defined 2018 so far is how much cryptocurrency mining, trading and spending has become incredibly diversified and democratized. There are now hundreds of different kinds of currencies in wide circulation, and the dominance of Bitcoin now finally seems to be under threat. More and more vendors, brokers and service providers are accepting crypto as a legitimate form of payment, and it seems to be well and truly on the path towards mainstream normalization. 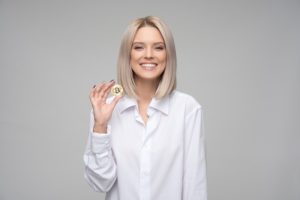 Bitcoin has had a funny ride these last twelve months. From increasing over 17,000% in value over the course of 2017 to petering out and basically flat-lining for much of 2018 whilst still retaining market dominance, few people know what to expect for the year ahead. Pundits have pretty mixed expectations, with many actually claiming that Bitcoin is well and truly due a renaissance, and could experience a rebound in 2019 which makes the 2017 gold rush look like child’s play.

This may well prove to be true, and there are many factors to suggest this might be the case. The intense interest in Bitcoin and increasingly frenzied mining activity across the globe means that eventually, as supply lowers, Bitcoin could very well bounce up again. However, reports of this happening next year seem rather optimistic.

Firstly, at current rates, the global Bitcoin supply looks unlikely to dwindle that quickly. Secondly, and more importantly, the proliferation and meteoric rise of competitor cryptocurrencies such as Litecoin, Zcash and Ethereum?has already diverted demand away from Bitcoin, and will probably do so much more in the year ahead. 2019 may very well be the year that Bitcoin is knocked off the perch.

As previously touched upon, the market for cryptocurrencies is becoming much more diverse and dynamic. New ones are created every day, and out of the more than 2000 e-currencies currently in existence (as of August 2018), almost half of those were created in the last six months alone. Most of these sink into irrelevance and worthlessness, but an increasing number are rising in usage and value every day. This means that cryptocurrency?stakeholders will become more competitive to stay on top.

2018 has already seen some foreshadowing of what is to come. Some crypto inventors and providers are offering incentives to encourage people to mine and trade in their coinage rather than a competitor, such as by offering free coins. This isn’t exactly a new tactic, and online platforms have been using it to encourage use and traffic since the dawn of the Internet. You can see similar incentives offered up by similarly lucrative sites such as online casinos, with platforms such as Oddschecker?offering thousands worth of free games to new users. The extent to which such tactics will proliferate among increasingly competitive currency brokers remains to be seen, but expect to see plenty more of it in 2019.

It seems that everyone is a dedicated miner these days. So far this year, enough energy has been used up by Bitcoin mining technology alone to power entire countries, and the usage doesn’t seem to be abating. Cryptocurrency mining is obviously a highly lucrative business, and lots of individuals and organisations have invested considerable sums and tech into mining those precious coins. The result of this has potentially catastrophic consequences for the environment, since it is so incredibly energy-intensive.

The widespread nature of mining means that already, hundreds of Gigawatts of electricity is being used in mining, and this looks set to rise considerably in 2019. Prepare to see this become a global political issue, as frustrated activists, communities and politicians begin to take notice of the hugely wasteful nature of cryptocurrency mining on such a massive scale. This may ultimately lead to greater regulation of cryptocurrencies by governments across the planet, and the consequences of this would obviously be profound. 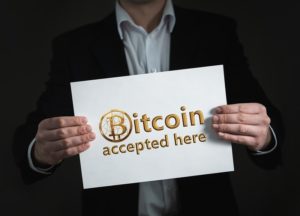 A More Useful Wallet (for some)

One of the best things about the rapid normalization of cryptocurrencies is that vendors and entire industries have responded in kind. Compared to just a couple of years ago the ways in which you can spend coins in your cryptocurrency wallet have changed exponentially. You can now buy a cup of coffee, plane tickets, cocktails, clothes and mobile phones with various kinds of cryptocurrency, not just Bitcoin.

The big prediction?for next year is that while this liberalization will continue, what will change is the scale of purchases you’ll legally be able to make with your cryptocurrency. Expect to see large-scale commodities such as houses, businesses, stock portfolios and even public contracts available for purchase by cryptocurrency. As the value of single units of various coins continues to climb, sellers will likely move increasingly further away from cash transaction towards more unregulated e-currencies.

This is especially true in an increasingly globalised world in which the wealthy are more dedicated than ever to see their assets move smoothly around the globe. This is not to say that e-currencies will become the sole preserve of the ultra-wealthy, but that the 1% will certainly be using it more frequently in major transactions, both as a means of ensuring smooth transfers of capital and avoiding scrutiny.

Although we predict Bitcoin may have had its’ day, look out for the next ones down on the league table. Although the close(ish) rivals in terms of value such as Ethereum and Zcash?may not be too close to Bitcoin in terms of value, we expect this to change. At least one of the other most-valued currencies will almost certainly see an explosion in value next year, triggering the kind of frenzied gold rush we saw for Bitcoin back in 2017. This will inevitably be followed by the bubble bursting and a crash in price which may be more or less dramatic than that experienced by Bitcoin, but plenty of people will have cashed out long before then.

Some Currencies to Look Out For

Of course, it’s always worth looking at which outliers could become big crypto players in 2019. It’s impossible to make any solid predictions here, given the speed and volatility of the market, but if you’re looking for some ones to watch that may not be on your radar, here goes!

The VeChain?platform is certainly one to watch, given that yields climbed 20% this year. Also consider keeping an eye out on Tron, Siacoin, Cardano and Ripple. That’s all for now folks!

It undoubtedly looks like it’s going to be a highly eventful and volatile year for the entire cryptocurrency industry, which will have a wider impact on economics, politics and culture across the globe. While none of these predictions are certain, one thing that is for sure is that the value and prevalence of these currencies in our lives is only going to grow. If or when it comes down is another story entirely, and not one that we’ll see an answer to anytime soon. 2019 will be the most interesting year yet.