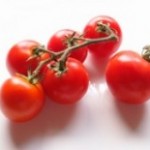 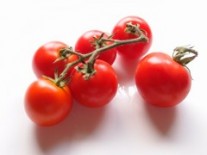 Spring is almost here and if you like fresh garden vegetables, it won’t be long before you?re getting the soil ready for some seedlings or seeds. Making the right preparations for your spring garden is crucial to a successful garden. Turning the soil over and adding the right amendments can make the difference between a kitchen full of garden delights or a pathetic little weed patch (I’ve had those before). Here are six tips that I’ve used over the years that have worked well for me

Add gypsum to your garden as a soil amendment. Gypsum is beneficial in many ways for almost any type of garden. It’s especially useful if you have clay soils, which can be a challenge to garden in. Gypsum will break the clay down and eventually give it a nice “tilth”. It’s relatively inexpensive and can actually be free. If you have done any projects that involve sheetrock or drywall you can recover the Gypsum quite easily. Sheetrock is made almost entirely of Gypsum. It’s not difficult to remove the paper coating on gypsum. Leave your sheetrock out in the yard (preferably in an inconspicuous place) and after a rainfall or two the paper will peel right off. What’s left can be easily crumbled and tilled into the soil when you?re preparing your garden for spring planting.

If you?re surrounded by trees and have a huge pile of leaves left over from the fall you can turn some of them right into your soil when preparing it in the spring. I’ll take some of the leaves waiting for the compost pile and run over them a few times with the lawn mower on low speed to shred them into smaller pieces. When turning the soil over in the garden I’ll add the leaves as well as some lime (the pelletized stuff in the garden center, not the stuff you put in tequila) and turn it onto the soil.

No, I’m not stuck on 10, But 10-10-10 general purpose fertilizer has been the mainstay of my vegetable garden for as long as I can remember. It’s economical and the large bags available in garden centers and farm supply stores will last you two or more seasons. Once again, when I’m preparing the soil for spring planting, I sprinkle some 10-10-10 in along with the lime, gypsum and shredded leaves.

Those half gallon containers with the foot tall tomato pants you’ll see in the nursery look tempting don’t they? Don’t waste your money unnecessarily on them. I always try to buy the six packs (plants, not beer) of whatever vegetable I want to put in the garden. They are a fraction of the cost and if you’ve prepared the soil, your small seedlings will take off and catch up to those more expensive plants in no time at all. You’ll probably have some extras, and that’s OK. Find a spot in the garden where you can tuck them away. If any of the sets you put in the ground don’t make it, you’ll have a backup to replace them.

Slugs are insatiable beeraholics. So much so that for their final resting place, they’ll chose a luxurious bath in a tray of beer. Place a shallow tray, the lid from a mayonnaise jar works well, on the ground in your garden and fill it with beer. The slugs will do a Mardi Gras dance to the tray. Once there, they’ll gleefully drown out their sorrows in a final hoist of a pint (so to speak). It won’t take much beer to fill the lids, what you do with the beer you don’t use is entirely up to you!

Cutworms are a royal pain in the butt. I’ve had seedlings that were coming along nicely suddenly decimated by the little goobers. They’ll usually leave nothing but a pathetic little seedling laying on its side, and a stalk in the ground as a memorial to their short life. Over the years I’ve come across a little trick that has helped a lot. Use a can with the top and bottom cut off to place over the seedling. You should have a few beer cans leftover if you’ve already gone after the slugs. You may have to cut the cans in half, the ideal length of the can is around three inches. Make sure the can is placed about one inch into the soil. This should keep the cutworm damage down to a minimum, if not get rid of it altogether. Keep the can in place until the plant is sturdy with at least three or four sets of leaves on it. You want to take it out before the plant gets too big or risk either damaging the plant when you remove it or having a goofy looking can around your plant for the entire growing season. By the way, they don’t have to be beer cans; I just thought it would get your attention 🙂

Although this?isn’t?really a spring garden tip I wanted to share it with you anyway. I just found out about this a few weeks ago and am anxiously waiting to try it out later in the growing season. ?A gentleman I work with told me about this. Basically you make a tea with hot peppers and add a little dish soap to it. He uses a cupful of dried habanero or scotch bonnet peppers to a gallon of hot water and lets it sit in the sun for a a day or so. You add a bit of dish soap to it and after straining it, put it in a spray bottle and spray your plants with it. According to my friend, it keeps away bugs, deer, rabbits, snakes and the neighbors? kids. Just to be on the safe side, wait until the plants are mature before using this spray.

My friend did tell me that he is stepping up the formula a notch this year, he?s grown Indian Ghost peppers (Bhut Jolokia) to use instead. I asked him if he had a hazmat suit and that if he?didn’t, I might visit him in the hospital after he first uses it.

Do you have any frugal gardening tips to share with us?