Sequestration – Let it Come – Here’s Why 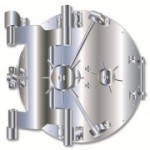 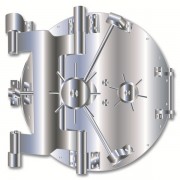 Based on the dire warnings from our leaders in the U.S. government, you would think the end of the world is at hand. Maybe it is, for them! I started this as an informative post but quickly realized that it was as much a rant as anything else. My rant is NOT because there will most likely be a sequestration. It’s more about what the leadership is telling the citizens of the U.S. The warnings we are hearing from the highest levels of government all amount to scare mongering. Their intent being to sway the public in believing that sequestration is going to be an “Armageddon” event. More on that in a bit.

I’m starting to believe that sequestration will probably benefit us as a country more than harm us. The average American will see little to any effect from this forthcoming “Sequestration”. Our existing political elite will be seen for the procrastinating bureaucrats that they are. That, I think, poses a bigger danger to those that hold power in our government now than anything else that could possibly happen. Once “The People” realize and see first hand that the federal government does little to improve their life on a daily basis, their arguments for bigger government will rapidly begin to unravel, and about time too!

The sequestration will happen because our politicians are unable to come up with a BUDGET on a timely basis. Seriously, the jackals have picked the carcass clean and are unable to figure out where to get more food. Since they can’t come up with a budget, 1.2 trillion in mandatory budget cuts (spread out over ten years) will kick in. This budget impasse started as early as November of 2010 when republicans gained control of congress, ostensibly on a promise of smaller government and less spending. The History between that point and now would fill a novel, so I’ll skip to the last major fiscal “apocalyptic” event, the Fiscal Cliff of 2012.

That debacle was bought to closure at the last minute when the American Taxpayer Relief Act of 2012 was signed into law. One of the results of that legislation was that a delay in sequestration was put into place until March of 2013. Or, as you may have heard, “The can was kicked down the road”. Well, March is upon us and there is no sign of any negotiations or any other activity to indicate that we are anywhere near a resolution. So I fully expect the sequestration to go into effect.

What do they Want?

To be as brief as possible, the Republicans want spending cuts and the Democrats want higher taxes, preferably on higher income Americans. I’m sure there has to be a fair compromise, but both sides seem unwilling to budge in this essential difference between the two political Ideologies. If I were forced to pick a side,I would lean towards spending cuts. In 2012 the U.S spent $3,600,000,000,000 (trillion) and had an income of $2,469,000,000,000. To put that in perspective, that’s the equivalent of a $65,000 a year couple spending $94,000 a year. How long will that couple be able to sustain that rate of spending before having to file for bankruptcy?

What will be the Effect of Sequestration?

When sequestration goes into effect, the U.S. Treasury will ?sequester? funds intended to go to certain agencies and quite simply, not release then to be spent. The number that has been floating around is 85 to 100 billion Dollars. The White House has made some public statements on what to expect as a result of sequestration. Here are some of the things we’ve been told to expect. Of course I feel compelled to add some commentary on these effects 🙂

The biggest irony is that this pending sequestration is just the beginning. What can potentially happen at the end of March is a complete Government shutdown (Not really, but they like to call it that). This is not something new, President Clinton experienced two Government shutdowns during his term as President. The first was from November 14th through November 19th in 1995.?Although?short lived, it was quickly followed by another shutdown that started December 16th, 1995 and lasted to January 6th 1996. The result of that was that both sides claimed victory, Clinton proclaimed the end of the era of Big Government and the next four consecutive budgets were actually balanced, not a bad outcome at all!

What Is Sequestration And How Do I Get Rid Of It??CriticalFinancial.com

Trivia – Did you know that amongst a few more names (Troop, Tribe and Flange) a group of baboons is also called a “Congress“?