4 Reasons Why Seasonal Budgeting May Work for You 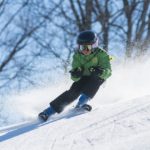 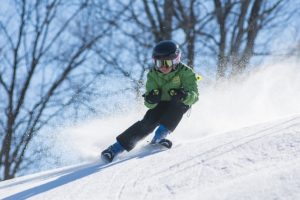 When you think about crafting a budget for your household, you probably think first about doing so on a monthly basis. That makes a lot of sense, of course. After all, most of your bills come in on a monthly schedule, so it makes sense to track your spending using this unit of time.

However, there are some drawbacks to monthly budgeting. If you allow yourself to spend the same amount of money each month, you won?t be accounting for the fact that your spending may vary from season to season.

As the year goes by, there may be changing demands on your money, which could make it hard to hit your budget targets.

Before you nail down your budget for the coming year, it would be wise to at least consider planning on a seasonal basis. If one or more of the four points below applies to you, seasonal budgeting might be the right way to go.

During the summer months, you are almost certainly going to spend more, as you will be active with the kids. Whether it is taking a family vacation, going to local attractions, or just eating out a little more often, the summer can be expensive.

While it is important to continue to monitor your spending in the summer, you should allow yourself a little bit of leeway in order to have a great time with your children. Tweak your budget by allowing for more spending in the summer months as compared to the winter so you can more accurately match your lifestyle.

Those who live in a particularly cold climate will be familiar with the rising utility costs that come along with running a furnace for several months at a time. On the other side of the coin, those who live in a hot area know that the summer can be tough with regard to heating bills since the air conditioner will be working hard.

If you have utilities which vary greatly between the summer and winter months, take that fact into account while building your budget.

Some jobs demand far more out of their workers in one season as compared to the rest.

A great example of this is a tax accountant. While this is a year-round job, most tax accountants work extremely hard in the weeks and leading up to the tax filing deadline in April.

Someone in that position probably doesn?t spend much money during February and March, for instance, because they are always at work. The budget could be reduced in those months, while being expanded slightly during months where the office isn?t so busy and there is more time to do other things.

You Have One Specific Hobby

If you are someone who is passionate about one specific hobby, and that hobby only takes place during a certain part of the year, you will want to consider that hobby in your budgeting.

One example that perfectly highlights this concept is skiing. As a skier, you are going to take part in your hobby during the winter months, of course. That might mean taking a bit of time away from work, and it will mean spending money on things like lift tickets, equipment, and more.

Build these activities into your budget and plan on cutting back when skiing is out of season.

Have you ever tried seasonal budgeting? Did it work for you?