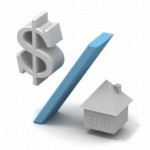 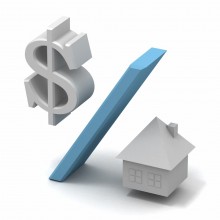 Being?immersed?in the personal finance blog community?over?the last several months, I?couldn’t?help being exposed to the thought that now might be a good time to refinance my mortgage. It’s something I have studiously avoided in the past. It seems that as hard as I try, I can never get a true “no closing cost” loan and end up increasing the amount I owe on my mortgage by a few thousand dollars, which irks me to no end. I like to watch my debt balance go down, not up! ?The interest rates, along with the fact that we only plan on staying in this home for another five years, were a compelling enough?reason?for me to at least take a hard look at what refinance mortgage options are?available in the market today.

What I Wanted in a New Mortgage

There were several criteria I was looking for to refinance. I’ve already mentioned that I was not willing to pay closing costs, so not having closing costs was the first one. The next one was that it had to be a five year adjustable rate with a fairly aggressive rate. I began my search with a call to quicken loans. All of the advertising I had heard for them on the radio led to a “why not” moment.

That was a complete bust. The agent I spoke to immediately made a “professional?assessment” of my situation and pushed me towards a 30 year fixed rate mortgage. I explained to him the objective of getting a refinance was to LOWER MY MONTHLY PAYMENT and NOT STAYING IN THIS HOME MORE THAN FIVE YEARS. I had to tell him this several times. After the third time that I asked him to explain why a 30 year fixed was better than a 5 year variable, ?I lost my patience and told him I would call them back after doing more research. That was my polite way of telling him to “piss off”. My guess is they get a nice commission for a longer term fixed rate mortgage but that’s just speculation on my part.

My next stop was the trustworthy internet :O. ?I?Googled the term “refinance”, selected the first two sites that came up, entered my information and?waited?for the calls to start coming in. You?re probably wondering why I went that route. I’m fed up with the traditional mortgage companies I’ve used in the past and my experiences with local banks. So going “greenfield” would be an interesting and probably amusing venture. The calls started coming in, I had 5 calls within the next half hour. One of them was intriguing. I ended up?spending?about 15 minutes with the gentleman, Jason, ?from the Roundpoint Mortgage Company.

In those 15 minutes I gave him a quick?description?of what I was looking for and some basic information about my financial situation. The rate he came back with was aggressive (2.75%), it was for a five year adjustable and there were no closing costs associated with it. Jackpot! We followed up with a call later that afternoon so I could formally apply for the mortgage. That process?didn’t?take more than about a half hour on the phone. What did take a few hours was scanning all of the supportive?information?they needed for the application and uploading it to their secure website. That was a bit annoying but not something to?judge?Roundpoint by since you would have to do this for any other mortgage application.

As the mortgage refinance application process went through its cycles we hit the first stumbling block, my appraisal. It appears that appraisers have become a bit more cautious in how they appraise homes. My home has a finished and heated bonus room that doubles as a bedroom. That room has about 400 square feet of usable space. In the past, appraisers have always counted it the final appraisal of the house. Not today, our county does not have that finished space listed as part of the heated living space, so the?appraiser?refused to include it in his valuation. This bought the Loan to Value ratio up and kicked me into a higher risk category.

We had two options at that point. We could go with the higher LTV and deal with a higher interest rate (3.0%) or try to get another appraiser in. Jason at Roundpoint went to the mat on this one. His first stop was the company that arranged for the appraisal. He went a few rounds with them and came back with unwanted news, what the appraiser did was the new norm in the appraisal process. Getting another appraiser in would be costly and in all?likelihood, end up with the same results. I opted to go with the slightly higher interest rate and Jason worked in a credit at close to help make up for the aggravation.

The loan progressed through its courses and we finally got close to closing. By that time about 8 weeks had passed from the time I applied for the loan. ?I paid off one credit card soon after applying and as a result, my credit score bumped up by about 15 points. I called Jason and let him know this to see if that could bring the rate down. Before doing anything he was careful to ask me if I had made any credit applications, or started any new lines of credit (In case you?re wondering, OF COURSE NOT). He didn’t want to pull a new credit score and have it go down as that would negatively affect the interest rate on the new mortgage. I told him that I was clean. He pulled up my new score and based on where it was sitting, was able to reduce my interest rate down to 2.75%! So we were back to the original number even with the bad LTV!

I closed on this refinance early last week and the close was uneventful. As with any mortgages, closing involved what appeared to be several thousand documents and a signaturefest that left me with writers cramps. (Not really, but it should have considering how many times I signed a document).

There were no points on this loan, so it was a true “no closing cost” loan. My costs were limited to two items, the appraisal and the title insurance. Both of these are items that you would have to pay with any mortgage, so I don’t have a problem with that. I also had to fund the escrow account with enough money to cover any upcoming taxes or homeowners insurance renewal. These costs will end up being a wash since the amount I paid towards them is about the same as is in my old escrow account, which should be refunded to me shortly. ?Overall I knocked my mortgage payment down by a bit more than $200 a month.

Would I?recommend?Roundpoint to anyone? Absolutely!?I’ve?had many mortgages and refinances over the years, this experience stands out as one of the easiest and flawless refinances I have the pleasure of undertaking. More to the point, Jason at Roundpoint was on top of the entire process, jumped in and cleared the path, and was always available to answer any questions that came up along the way.

In case you’re wondering, I have no affiliation with Roundpoint, there aren’t any referral fees. I’m writing about them because of the exceptional service I received from them. If anyone reading this is considering a mortgage refinance, I would suggest that a call to Roundpoint should be on your list. If anyone is interested in talking to Jason directly, email me and I?ll respond with his contact information.