How to Pay Off Debt Quickly 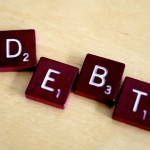 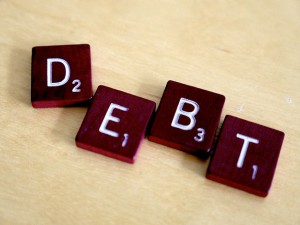 Nobody likes being in debt, HUGE understatement I know. 🙂 If given the choice, we would all prefer to be able to pay for our purchases and never have to deal with the issue of owing other people money. Unfortunately that’s not always the case given the number of people who have had to pay off debt in their lifetimes, myself included.

There may be times, like when buying a house or purchasing a car, that taking on debt is unavoidable. However, once you have taken on debt, there should be one thing on your mind ? paying it off as quickly as possible. Paying off debt isn’t usually easy, and can possibly take several years to accomplish, but can be accelerated by a certain attitude.

Pay off Debt by Making a Commitment

You aren?t going to pay off debt quickly unless you make it a goal and stay committed to that goal until the debt is gone. If you would rather take your extra money and spend it on dinners out and weekends away, you are not going to be able to kill your debt very fast at all. There is generally going to be a good bit of sacrifice involved in paying off debt, but it’s well worth it in the long run.

To start with, decide on what your goal is each month to pay toward the debt. Ideally, this amount will be significantly higher than the minimum payment so you can make headway toward paying off the debt early. In the case of a credit card?that is charging you interest, the extra payment over the minimum is crucial because it chips away at the amount of interest that you will be charged each month. Not only will that extra payment help you pay off debt quicker, but it will also help you save money in the long run.

Once you get into a habit of paying a specific amount toward your debt each month, don?t fall off track and lose focus on your goal. It is easy to just get comfortable with having that debt over your head and you might be tempted to stop paying extra each month. Resist those thoughts and keep your eyes focused on getting rid of the debt quickly so you can move on without having to worry about those payments.

This attitude you will develop while paying off debt is also not one that you will want to give up on once the debt is gone. Once your debt is paid off you’ll still want to keep that same attitude that got you out of it so you can hit the ground running and continue to grow your wealth.

If you are needing motivation to keep dedicating extra funds to paying off debt, just remember that getting rid of the debt is likely to help improve your credit score, help you get better terms on a future mortgage, and simply improve your overall financial life. When you put it in those terms, it doesn?t seem so bad to sacrifice unnecessary crap in order to save money?for the monthly payment you are trying to make.

There is no way around it ? your debt is not going to get paid off quickly unless you make it a priority to do so. By putting the debt at the top of your list and pushing the extra money you have available that direction, you can start to eliminate it faster than you might think. It might not be a lot of fun in the short-term, but you will feel quite accomplished and satisfied at the end of the process once the debt has been completed repaid.

What things have you done to pay off debt quickly? How do you keep yourself motivated if you’re paying off debt?