Are You Ready for An Internet Sales Tax? The Marketplace Fairness Act 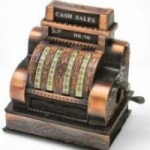 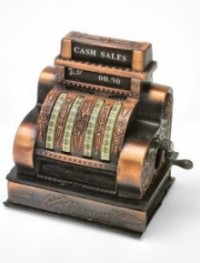 For those of you that are used to shopping online, get ready. You may soon be paying sales tax for your online purchases.?The Marketplace Fairness Act?looks like it will be passed in the Senate next week. There are also signs pointing towards it passing in Congress as well. If it all goes that way that, which it looks like it will, you’ll be paying a sales tax on your online purchases soon. That is of course if?you live in a state that collects sales tax.

This law will not create a new sales tax targeting online sales. It will simply make it mandatory to collect sales taxes which are already supposed to be paid. States that do collect sales tax have lost significant revenues because of the inability to enforce sales tax collection for online sales. One widely respected study estimates that a total of 11 billion dollars were lost in revenue in 2012.

Who Gets Impacted by the sales tax

One of the complaints you’ll see is that it is unfair to the small online retailer since it will create an administrative nightmare of trying to collect sales tax for 45 different states. Collecting the sales tax, sorting it out and paying the right amount to the respective states can be an administrative challenge to a large business. That sounds like a nightmare in itself but its all BS. The small online retailer is not going to be impacted unless they have more than one million dollars in revenue. That will be the cutoff where an online retailer will have to start collecting and distributing sales tax.

Presumably, if you have one million dollars in revenue you can afford the?complication and administrative burden this could create. The mid-size business in that revenue range will probably be the hardest hit. One million dollars in revenue may sound like a huge amount, but if you’re working with a high volume, low margin business model, you may not be able to afford the additional burden this would put on you.

I think that this law, if it goes into effect, has the potential to really hurt the medium sized online businesses, which is a shame since they have the most?growth?and job creation potential. There are discussions to raise this revenue cutoff to ten million dollars. I?believe?that?would?be a much more reasonable number to use as a cut-off. We’ll have to wait and see what the bill ultimately ends up looking like.

This probably explains why one of the biggest “anti-sales tax” giants, Amazon is a big proponent of this law. That is correct, the behemoth that has always fought tooth and nail against collecting sales tax for the states is firmly behind this law! Here’s a new law that has the?potential?to take the teeth out of their smaller competitors. It might actually drive some of these mid-size online retailers to move their storefront to Amazon since I’m positive that Amazon would collect and sort their sales taxes for them for a fee of course.

Let me be fair to Amazon though, the real reason they are supporting this new law is more basic than that. They are currently limited on where they can locate their brick and mortar facilities. If they have a physical presence in a state, they have to collect sales tax for that state. In the past this has led to some pretty harsh restrictions. A good example of that is North Carolina, Amazon will not allow you to be an affiliate if you are located in North Carolina. The reason for that is that North Carolina law recognizes affiliates as an extension of the company itself and that would force Amazon to collect sales tax for North Carolina sales.

So why are they supporting this now? Quite simply they want to create more distribution centers in different regions of the U.S. I assume there must be a hell of a good business case supporting this. Their around on the sales tax issue is like a Republican saying the country?isn’t?spending enough and should tax everyone twice as much to fund further spending (or like a democrat saying we should cut all income taxes).

Who Benefits from the sales tax

One of the arguments that you will hear in favor of this tax is that the current system is unfair to the local retailer. People will window shop in person and then using their smart phones, find a better deal on the internet, typically with free shipping and buy it on line without paying sales tax. Obviously this puts the local retailer at a competitive disadvantage. This should help level the playing field to some extent and give the local business a fighting chance to compete on price and service.

The State will definitely benefit. You can make the argument that most states have a mechanism to recover that sales tax through their income tax filing system. The reality is tht they are unenforceable and in all?likelihood?nobody admits to buting anything online and addiing to their income tax bill at the end of the year. Do you? (that’s a rhetorical question, you don’t have to answer it).

One interesting but overlooked perspective is that the small online retailer may actually have a competitive advantage from this new law. They won’t have to collect a sales tax making them an attractive alternative to the larger retailers. This is a complete turnaround from the argument that it will hurt them but it’s a reality if the law goes into effect as it’s currently written. The small “craft” or “boutique”?Internet?retailers may actually get a boost from this.

Another group that might?benefit?from this are web sites and bloggers that live in states that are “blacked-listed” by Amazon. North Carolina is one example that I am personally aware of that fits this?description. If the new sales tax collection laws go into effect, Amazon would no longer have a reason to blacklist certain state residents and entities from becoming marketing affiliates.

There’s a potential to create a new service based market if this law goes into effect. The mid sized businesses (those that gross over one million dollars in revenue) may not have enough resources to properly administer collection and distribution of sales taxes. They may be willing to outsource this activity to a third party. A third party that is focused on this activity could potentially make a decent living out of doing this if they have a number of large clients.

There are some companies already out there that are well positioned to do this. Payment processing companies such as Paypal could add this as a service. Not only would there be incremental revenue for them but the possibility of drawing merchants to them as a sole payment source.

All in all, I don’t?necessarily?see this as a bad thing. The impact on medium sized online retailers is a potential problem. But if payment processors and independent service companies jump in, they won’t have to solve the problem for themselves.

Do you have an opinion on the new online sales tax that may be made into law soon?