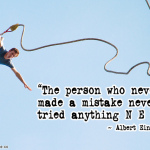 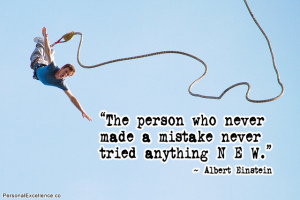 As I read Kayla’s post on 3 ways she’s getting financially serious in 2015, it reminded me of the money mistakes I made in 2014. Kayla and I both have a commitment to do better financially next year. In the case of my husband and myself, we need to? recognize and own up to our money mistakes before we can truly do things differently in the coming year.

Here are the 3 big money mistakes we made in 2014, and how we’ll make sure they’re corrected for the coming year, helping catapult us toward our financial goals.

The Biggest of Money Mistakes – Looking Down Instead of Up

We did well in 2014 with our spending – sort of.?We spent less than we did in 2013, and our grocery bill for our family of six was less than half of what the average American family of four spends on groceries.?What’s the problem, then, you might ask.? Well, the problem was that our grocery bill this year was $25.53 higher than our “low goal” for the year, and $625.53 higher than our “best goal” for the year. Why is that a problem, given we still spent well below what the average American family spends on groceries?

Because we used those higher averages as an excuse to go over our grocery budget nearly every month this year. We were looking down instead of up, saying “Well, we’re not as bad as so-and-so in our grocery spending, so even though we went over our budget, it’s okay.”?

Friends, that type of attitude is a surefire goal-buster, every single time. That extra $600+ dollars may not seem like a lot of cash, but it’s $600 we could’ve put toward debt this year, pushing us that much closer to our goal of debt freedom. And it all adds up.

When making your financial goals?for this year, remember to keep in mind that you’ll have a much better chance of reaching those goals if you compare yourself with the best instead of with those doing not as well as you would like to do.

Confidence in your ability to achieve your financial goals isn’t necessarily a bad thing – unless it’s the kind of confidence that slows down your progress.? And that’s what happened to us this year. We got a little too comfy in our routine, confident in our stellar spend-tracking and in the fact that we were “doing better than we used to.”

Well, as the old saying goes, “The Enemy of The Best is Good Enough.” We didn’t do the best that we could have done this year, all because we got too comfortable with that fact that we were doing “good enough.” This type of money mistake is a silent suffocation of goal-achievement. Don’t become so over-confident in what you’re doing that you forget where you’re going. Instead, keep regular tabs on both your end-goal and on your monthly progress, so that you can catch mediocre behavior quickly, and stop it in its tracks.

The third biggest money mistake that we made this year is that we spent too much time refusing to look at our progress, because subconsciously, we knew that our progress was slower than it should have been. We weren’t “gazelle intense” by any stretch of the imagination. If you’re losing the intensity you need to have in order to reach your goals, it may be because you’re living in denial about your lack of progress. The cure: check in with your goals regularly and document the steps you’re taking to get there. If you find you’re falling behind, devise a plan to get on track quickly.

Making money mistakes isn’t a problem – refusing to correct those mistakes, that’s where the real problem lies. Choose to take some time this week and reflect on the money mistakes you’ve made this year: those mistakes that have pulled you away from your financial goals. Once you’ve defined your mistakes, make a plan of action to correct them, in order that you might have an amazingly successful 2015.

What do you plan on doing differently in 2015 than you did in 2014? What new financial goal are you most excited about for the coming year? What is one area you thought you were doing good at this year but really weren’t?