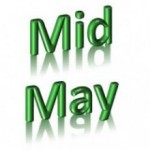 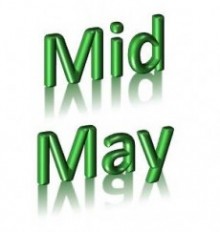 Here?s my Mid May favorite blog posts, a few days late but I suppose better than never! It?s been hectic the last couple of weeks. Actually it?s been hectic the last month and a half. The new job is demanding on time, extremely demanding! Mind you, I?m not complaining. I?m enjoying what I?m doing and although there?s a lot of travel, I am learning a lot and am with a company that is a pleasure to work for.?Unfortunately, it leaves little time for my blog.

With the demands on my time that my new job is placing on me, as well as my other family obligations, something has to give. Unfortunately it?s been the Wise Dollar.?I’ve?not been putting in much time into the blog or blogging in general. I?m still reading and occasionally commenting, but not with the volume or intensity that I have in the past.

I don?t plan on pulling the plug though.?I’ve?put too much time and effort into The Wise Dollar to stop now. What you?ll likely see is less posts (but hopefully high quality ones).?I’ve?had a few guest posts recently and they have been quite welcome! A big thanks to the contributors that have submitted posts, especially to Kevin Watts who runs a great blog, ?Graduating from Debt?. Kevin submitted an extremely well written and thoughtful post, Why Budgeting Will Change Your Life.

In any event, Here are the Wise Dollars favorite Blog Posts for the first half of March

This is from Repaid.Org?A 7-Piece Tool Kit For Personal Finance?What can I say, I am a tool addict!

Daniel writes about?5 Crazy Ways People Waste Money?On Sweating the Big Stuff. Every single one of his examples of how people waste money are dead on and are the things that leave me scratching my head wondering why people are so wasteful!

Grayson at Debt Roundup gives us Why I Shut Down My Profitable Online Business. This is a true story on why quality of life can and should take precedence over making money. You can be wealthy and miserable, but there should also be a middle ground somewhere that can strike a balance where you are both well off and happy (or at least happier). Thanks Grayson!

Harry at Your Personal Finance Pro brings us,?The Best Ways to Avoid Paying Taxes?I can’t stand paying taxes and I’ll read anything that has some good suggestions on keeping more of my money in my pocket!

From Money and Potatoes comes?5 Tips to Save Money and Cut Your Budget?There’s some good tips on saving money and reducing your bills. Well worth a read!

INBOX ZERO WILL SAVE YOUR LIFE comes from Andrew at Listen Money Matters. I use my inbox as a to do list. Unfortunately, that doesn?t work out very well at times. Inbox zero looks to be worth taking a look at.

From Christopher at Stumble Forward comes ?Dining Out and Identity Theft: Restaurant Credit Card Scams This is something that is usually somewhere in the back of my mind, but not visible enough to worry about. It?s a good reminder that your credit card can be abused at a restaurant. I recently saw a TV show where the staff was ?spied? on and it was even caught on tape, an employee was actually swiping customer?s cards to his own account on his smartphone!

How To Invest In A Bull Market was posted on The First Million Is the Hardest. Good advice considering the current bull market. I would add that putting trailing stops under profitable positions should be part of your bull market investment strategy as well.

Paul from the Frugal Toad brings us Frugal Living with Children ? Lessons from Mom , These are great tips on saving money and teaching your kids frugality. Money saving lessons that they will remember and use with their own kids. Of course by that time, as good grandparents, we?ll spoil the hell out of the grandkids. Hopefully not so bad that they?ll forget all the good frugality lessons they?ll be getting from their parents!

Blog Mentions for the first half of May

Thanks for everyone who mentioned the Wise Dollar during the first half of May. It’s much appreciated! If you mentioned The Wise Dollar and you are not on this list, let me know and I will gladly add you!

Counters ? I Love Counters Don?t You?

It has been [timer], Since the United States has had a Budget enacted into law!!
[/countup]

[timer], Since I have had a Real Cigarette
[/countup]

1.6 Billion Rounds Of Ammo For Homeland Security? It’s Time For A National Conversation

Regardless of whether you are in the pro or anti-gun faction you should reads this. It’s not a rumor and it’s not?conspiracy?theory, it’s complete and utter fiscal irresponsibility. The DHS is buying up ammunition at a rate that is unfathomable, and enough, according to Forbes, to field a “hot” war for 20 years. Seriously? What in the world are they planning to do with all that ammo? Are they just following an anti gun agenda policy being handed down to them by the powers that be? I don’t know their reasons but can say that spending that much money during a period of fiscal sequestration, for whatever reason, is?irresponsible?beyond?belief. Oh, and what in the hell does DHS need armored MRAP vehicles with gun ports for? Maybe we should be worried…….