How Long Would Your Ideal Work Week Be? 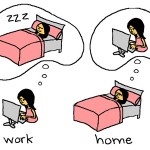 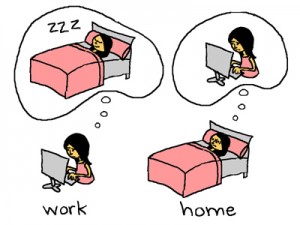 We all have different ideas of what the ideal work week looks like. For some it means clocking in for a couple of days per week while playing the rest of the time. For others, it?s a more traditional 9-5, 40 hour work week. A big part of that is going to depend on what our particular needs may be from a financial standpoint. You may want to only work four days per week, but your budget may dictate otherwise.

Anyway, Carlos Slim (the Mexican telecommunications magnet who is also the second wealthiest person in the world) made headlines a few weeks ago when he called for a move to a three day work week. From what I could tell, he didn?t have set hours but simply advocated moving to a three day work week. His argument for the change is to give people more time to themselves while also working longer. He argues that it would improve our livelihood and wouldn?t mind not retiring until 73 or 75. His statements have caused quite a conversation as to what the ideal work week should be so I thought I?d add my $.02. 🙂

We Live in A Changing Culture

I know this isn?t really a shocker to many, but we?re in a changing culture. No longer are many working 30+ years for one company and retiring with a fat and healthy pension. I don?t know if that?s good or not, but it is changing. A number of things have come about over the past few years as a result, such as:

I?m sure there may be other changes at play, but these are the main ones I can think of. In light of that, I believe that Slim could be on to something with his argument for change. While I may not like the idea of not retiring until 75, I also don?t want to work myself into the ground so I can retire a few years earlier. I?d much rather have a more enjoyable life and leave open the possibility of working later in life if I choose to.

He Could Have An Underlying Motive

Some have argued that Slim?s suggestion of moving to this more laid back work week is selfish at best. For those who don?t know, Slim owns the largest telecommunications company (Telmex) in Mexico. He would stand to benefit from individuals having more free time as they would be more likely to use the services his company offers. He even said that it would give people more time to entertain themselves.

I understand why opponents would think that he?s not being completely altruistic in his suggestion, but I don?t believe that should negate it. According to the Huffington Post article I cited above, Slim regularly allows employees to retire prior to 50 if they wish and also allows for older individuals to worker considerably shorter weeks if they wish. While he would likely benefit from shorter work weeks I believe his train of thought is one that we should look at.

We Work Ourselves Too Hard

I believe the reason why so many, especially here in the States, have issue with Slim?s suggestion is we seem to get some sort of perverse pride in working ourselves to death. I would consider myself a hard worker and will go above and beyond in order to get a job done, but at what point should we stop and ask ourselves if we?re working ourselves too hard? This tendency to overwork ourselves is the underlying problem in my opinion.

Consider this. As I was doing research for this article I read that, according to the Center for Economic and Policy Research (CEPR), the U.S. is the only industrialized nation in the world that does not offer at least one legally required paid vacation day or holiday.

How does that fare in relation to other countries? Quite pitiful to be honest as most countries in the European Union require at least four weeks of paid vacation. That?s just nuts in my opinion. While many workers in Europe are averaging around 35 or so paid days off each year, their counterparts here in the States are averaging 16 paid days off for private sector employees. The bad news doesn?t stop there as 25% of American workers don?t even have one paid day off each year. That is sad, putting it lightly.

I believe it?s somewhat obvious that we have much to learn from Slim. Maybe it doesn?t mean moving to something like a three day work week but we do need to see change. Personally speaking, I know that?s a big part of why I left the corporate world to run my own business. I want to have more control over my time. I want to be able to take time off without having to clear it with various people first. I don?t want to have to watch over my few paid days off with fear that my family and I won?t be able to enjoy doing things together. While I love working more to make more money, it?s not worth sacrificing time with my family.

What do you think about Carlos Slim?s suggestion to move to a three day work week? What does your ideal work week look like? Why do you think we overwork ourselves here in the States?