What to Do When You?ve Already Failed Your New Year?s Resolution 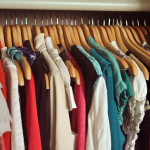 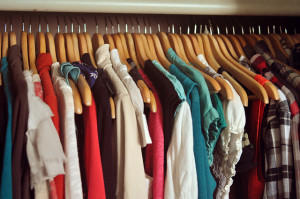 Not unlike most, each year I set several New Year?s resolutions. The New Year just leaves me feeling refreshed and ready to get new things accomplished and I generally reflect those feelings in my resolutions.

This year I tried not to get too carried away with my New Year?s resolutions, my numerically focused financial goals?are a lot more realistic and attainable than the goals I set for 2014, and yet I?ve already failed miserably at one of them.

Shopping for new clothes, shoes, and accessories is one of my spending weaknesses, so I decided to set a limit for how much I could spend on this budget leak in 2015, $500 for the whole year! This was a lofty resolution considering how much I spent on this category in 2014 ($914 the last time I counted in October and there was more after that) and in year?s prior (at least 3-4 times as much as 2014).

In January I didn?t do too badly at staying on track with my resolution. But then in February I went a little crazy. I wish I could say things got better this month, but alas they didn?t. Now I haven?t tallied it up yet, but I?m almost certain I?ve overspent my yearly limit already and we?re only 25 percent through the year!

Rather than giving up completely on my resolution, here are a few things I am doing to help myself get back on track and get my spending under control.

I?m going to make a detailed and itemized list of how much I?ve spent on clothes, shoes, and accessories so far this year. Many of the things I?ve purchased are not necessities, however a couple of them were. I need to make that distinction so I can avoid giving in to these impulse purchases in the future.

After I figure out exactly how much I?ve spent this year so far, I need to decide where I want to set my limit for the rest of the year. I don?t want to make it too easy, but I don?t want to re-set my goal too low and end up having to repeat this entire process next month.

This year is different from last year. Last year no one in my real-life circle of friends and family knew about my debt or that I was working to get out of it. This year my parents and my best friend are aware and thus they are not the ones tempting me to spend anymore.

Shopping used to be one of the things my best friend and I always did when we visited each other, but now we focus on other things instead. Now my biggest temptation to spend money on clothes, shoes, and accessories comes from a new young (my age), fashionable co-worker. We often get to talking about clothes and trends while we are on breaks at work. This can be a real temptation for me, so I?m going to try and steer clear of these conversations whenever possible.

Remember Why I Set the Resolution

The last thing I?m going to do to keep my shopping under control is remember why I set the resolution in the first place. There are actually several reasons why I set my limit, including:

If I can successfully do all of these things, I believe I can still keep my spending on clothes, shoes, and accessories to a somewhat-acceptable level for the year.