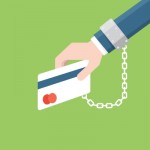 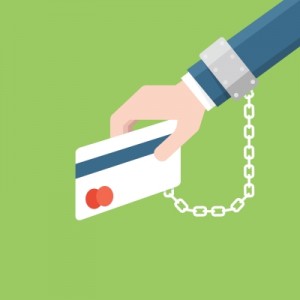 As we expand on our series on Debt Reduction and Elimination (you can find part 1 here), the first thing we’re going to talk about is attitude.? John touched on this a little bit in the introductory post, but because attitude is so vitally important to the success of debt reduction and elimination, we’re including an entire post about it. 🙂

When my husband and I first started our real journey to get out of debt in January of 2013, it wasn’t by any means the first time we’d attempted to get out of debt.? Several times before in the course of our 17-year marriage we’d started getting out of debt, and even gotten out of debt on occasion, but we always ended up right back in the hole.? Why?? Because we didn’t have the right attitude about debt.

You see, in our minds, debt was okay as long as we could manage the payments, and while that is an important factor on some level, for us, we chose to view it as an excuse to spend money we didn’t have on things we didn’t need.? We had no emergency fund to speak of?and a ridiculously high debt-to-income ratio, all because we had a carefree attitude about our debt.? We didn’t view it as a potential problem.

In October of 2012, we made a move to another home, one in which we added more debt (but the payments were the same as our other house, so it was “okay”), and then added more consumer debt as we purchased things we needed for the new house.? It was at that point that we recognized that we were walking, from a financial standpoint, dangerously close to disaster.? One missed paycheck, and our house of cards would’ve come tumbling down quickly.

Something clicked, and we finally saw the dangers of our carefree attitude about debt.? We recognized that debt limited our choices: our choices about where we could work, live and what we could do in our free time.? We saw that we were, in fact, slaves to our debt, as John mentioned in the intro post for this series, and it terrified us.? And because we have four children, we also recognized that our attitude about debt had put them in a very precarious situation.? If the house of cards fell down, it wasn’t just my husband and I that would be affected, but our children too.

So how did we change our attitudes about debt?? First, we came to recognize that a large amount of consumer debt really does make you a slave: to your lenders, your job, etc.? We didn’t want other people to be in control of how we spent our time and money, so we made the decision that we would work out a plan to eliminate our debt.

Second, we started to view our consumer debt as an enemy – an enemy that kept us from pursuing what we really wanted to in life.? This changed how we spent money.? We started to value our hard-earned money, and our time, more, and we didn’t want to give it all to our enemy: debt.? This in turn led to better spending decisions.

Third, we started to view ourselves as financially secure people.? This was vitally important, because when you’ve been broke all of your life, you tend to get comfortable and used to not having money.? When you get used to a lifestyle of being broke, it becomes very easy to shirk responsibility and convince yourself that it’s not your fault, you just don’t make enough, blah, blah, blah.? However, when you view yourself as a financial secure person who is wise with his/her money and time, it helps you to make spending decisions that allow you to move toward your financial goals.

If you truly want your debt reduction or financially secure/independent plan to succeed, it has to start with the right attitude.? If a better and more secure financial life is on your list of goals, take some time today to assess what your attitude about debt and money has been in the past, and choose to have a new attitude: one that is committed to reach your goals of being free of debt.

Do you have a carefree attitude about your debt?? Do you have debt and feel that, on some level, it enslaves you? If you’re debt free now, what did it take for your attitude to get in the “right” place to attack it?

This post was featured on The Value Geek and Budget for Health.