The Axeman Cometh – Dealing with the Loss of a Job 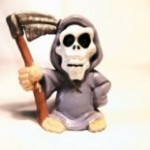 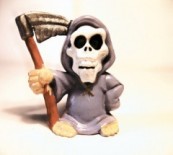 Monday started as a typical work day for me. It was a beautiful March day, warm, sunny and one of those days that you wish you could be home, working in the yard or just enjoying a nice break in the weather. I got my wish and was able to go home. The?ax?man wasn’t coming, he came. After lunch I sat down with my boss in his office and called?the HR person that was responsible for our team. Our HR representative gave me the “news”, explained ?that my job had been eliminated and that they would pay me through the end of March. After that a generous severance package would kick be given to me.

To be fair, I already knew this was coming. My boss (I won’t names of co-workers or employers) has been keeping me in the loop as things progressed over the last four months. His hands were pretty much tied, he knew what was coming but?wasn’t?privileged with the who or until last week, the when. We both suspected that because of my salary and the set of?responsibilities?I currently had, that I was a “high Profile Target”, We were both right.

In a way it’s a relief, I haven’t been happy in my job since last year when our roles changed. So going out with a package isn’t a bad way to go. Luckily I’ve been hitting the job market locally and have a complete and up to date resume ready. (If there are any professional resume writers out there and you want a pet project shoot me an email).

My boss and I have a long standing relationship going back several jobs and years. Knowing what was coming, he reached out to several of his peers within the company and did some job hunting for me. He was able to put me in contact with an organization that was badly in need of skills that I have. I spoke to them and we came to a mutual agreement that I would be a good fit (even if my skills were a bit rusty). The only potential problem is that they are tightening up their organizational structure as well. Opening up a job for me is going to be a battle but the management team there is going to the mat to try and get it done. I give it about a 70% chance of success.

The company will pay me through the end of the month; with the severance package I will have a solid paycheck until the middle of May. They have also agreed to pay my full bonus which is due in May so I’ll be covered financially until August. That should give me plenty of time to either start the job with the other team, find a new job, or become self-employed. Blogging income?doesn’t?count; I need to keep the lights on! So in August, if I still haven’t found a job, the emergency funds will begin to be tapped.

My age and income level and will definitely work against me. I have good solid?experience?in my field but quite frankly, most companies can hire someone out of school and train them, or promote a junior level person up have them do what I do for a lot less. It’s brutal but it’s a fact. If I stay with this employer, the new job will be at a lower band and I’ll probably have to accept a cut in pay. I suppose that’s better than nothing but it’s still a hit. It?s a hit that I’ll have to?accommodate?into my long financial plans. Debt?elimination?will be impacted as will my ability to contribute into my 401k account. I guess there’s a bright spot there as I we will have less of our income in a?higher?tax bracket. (I have to really stretch to see the bright side in that.

First and foremost is finding another job. Whether with my last?employer or with a new one, having a source of income is critical in this phase of my financial life. Unfortunately, I am not financially independent. I have a plan to get there, but it will be a sometime before I hit that state. My resume is up to date so I don’t have to worry about that. Here are some of the things that I’ll be doing in my job search.

There are quite a few things I need to do to prepare for an extended period of unemployment. I know that at my current spend rate I can last fairly easily into August. That’s not taking unemployment into account which will help extend the period into October (although I hope to have a job by then). Even if I find?employment?quickly, I’ll probably have to adjust to a lower salary, so I need to plan and get used to that NOW.

MY 401k will be the first adjustment. I’ve already reduced the rate to the minimum that will insure that I at least get my?employer?match. When I get a new job that will be where I start at. As my financial life balances out I’ll add to that as I can. Luckily I’ve got a fairly healthy balance in my retirement accounts so although that will be a setback; it’s not a total disaster for me.

The process to refinance my home a month ago with help from the online site Consumers Advocate.org. on reviews of lenders. Hopefully I should be able to close by the end of this month. That will bring my mortgage payment down by $300 a month. I?ll be paying less on my mortgage than if I were renting my home so that will help.

We eat out far more than we should. That stops immediately. In the past, my wife and I have easily spent at least $300.00 a month on eating out. If you think that’s a lot it is, but try feeding four young adults ages 18 to 20 and you’ll see how much even cheap food can cost! Other than the occasional “Dollar Menu Burger” that’s going to stop. We’ll be eating at home. My wife started the her coupon efforts last month and we are already seeing the benefits of that. I plan on posting some “March” results in early April to share with you. The amount of money she is saving on groceries is considerable. Thanks Hon!

Should my period of unemployment extend be long enough, I will apply for?unemployment? I’m not proud of it but I think that I’ve paid into the system long enough that I should be able to take advantage of the safety net it provides. Hopefully, I win’t have too!

Debt elimination?temporarily?goes into a stasis mode. Minimum payments will be the order of the day, at least until a new job is on the Horizon and I’ve got a handle on creating a new budget around my new Salary.

There are a few minor categories in my budget that will basically be put on freeze. The entertainment “envelope” will get locked, as will the maintenance envelope (for minor home repairs, etc). Individually they are not much but when added together, they will help reduce my “burn” rate. Whatever is already in those budgets will be part of the money’s I draw on should I get to that point.

One thing that I will start doing is to start advertising my services as a handyman. I’ve got the tools 🙂 ! If I can supplement the money coming in with a few side jobs here and there then it’s worth it!. I’ll also look into a few side hustles I’ve been contemplating, if any of them work. I’ll post an article on them and .

I’m mentally prepared for this but it’s still a shock. Even knowing that it was coming hasn’t prevented the knots in my stomach and the worrying. I guess that’s normal and to be expected. One thing you can definitely expect is some updates on how this goes! In the interim, If you know of any positions in the Raleigh Durham area for a seasoned Technical?Manager, give ?me a shout!