How to Compare Mutual Funds 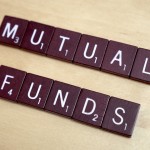 A common question I got in my former day job was how to compare mutual funds. It?s an understandable question as there are thousands of mutual funds available, which makes it difficult to know which are the best mutual funds to buy. For those who don?t know (and believe me there are those who ask this) mutual funds are simply a basket of stocks and/or bonds that you buy as opposed to buying them individually.

As an aside, I fully realize that the growth of ETFs have made them more popular than mutual funds, though that?s not really the point of this specific post. If you follow my thinking, then it?s likely you?ll follow where I tend to fall. With that out of the way let?s get on with how to compare mutual funds.

Compare Mutual Funds Before You Buy

Comparing mutual funds is sort of like going clothes shopping. There is generally a lot of variety and you want to find something that fits what you need and want. Mutual fund companies know this and can make it difficult to choose a mutual fund by how they name their funds ? which is why you want to compare before you buy.

A mutual fund manager has one goal: to get his or her fund to grow. That happens in one of two ways ? making the right investment calls and getting you to invest your money with them. The problem is that very few investors compare mutual funds before buying them and end up with some real losers in the process. Since you?re reading?Wise Dollar?I know you want to avoid that and do what?s best for you. With that in mind, here are some basics to follow with your mutual fund investing:

These are just a few of the basics and you want to make sure you follow them as you go more in depth in comparing mutual funds.

What Does it Cost to Own the Mutual Fund?

Likely the first thing you want to look at as you start to compare mutual funds is cost.?Mutual funds are sort of like onions in that they can have multiple layers of costs and expenses associated with them. I?ve seen investors pick a mutual fund overloaded with costs, ignore the fund for a number of years, and ultimately regret their decision as they are out a good bit of money.

There are many fees associated with mutual funds, but I will boil them down to the most important ones you want to watch out for.

Loaded funds: There are two types of load mutual funds: front-end load and back-end load. The front-end load is fairly straightforward. You invest $1,000 in mutual fund X with a 5% front-load. What happens is $50 comes off the top immediately and is not invested, but goes to the salesperson and/or mutual fund company. Back-end load funds are much more complicated. They?re generally sold as having no load associated with them only to not be true. Moral of the story, when you?re comparing mutual funds, stay away from loaded funds.

Expense ratio: The expense ratio is made up of several different factors, but ultimately comes down to what it costs to own a mutual fund. When you compare mutual funds, you will see anything from .05% to 2%+ and they make that regardless of whether they had a stellar year or one that was horrid. That is a huge range when you have a lot of money invested and taken over several years as each year the fund will pay itself that percentage. Personally speaking, I rarely, if ever, invest in a mutual fund that has an expense ratio of .50% or more. It?s just not worth it as I know I can invest in a quality index fund for less. This is why I like using sites like?Morningstar? or?Personal Capital?to help analyze fund fees so I can get into the best mutual funds possible and not spend a fortune in the process.

Turnover rate: This isn?t a true direct cost, but you do feel it. The turnover rate is the percentage of holdings the fund sells each year. The higher the turnover rate, the more trading commissions are passed on to. I don?t know if there is a standard turnover rate you should look for when you compare mutual funds, but I tend to like to see a maximum rate of 25%. Index funds tend to be lower, which is why I like them and why they?re cheaper.

Look Under the Hood

One thing that I saw time and again as I watched people compare mutual funds was they did not look at what the mutual fund was invested in. Mutual funds want your money and they will name a fund with that idea in mind. For example, if you?re in or near retirement it would stand to reason that you would want an income fund as you would be looking for dividends.

What many investors will do is see a fund that has the word ?Income? in it and assume it?s the right fund for them without looking at what the mutual fund owns. This can be a disaster if you?re not careful. That said, there is an easy way to get around this. If you use Morningstar, just find your given mutual fund and select ?Portfolio? and then ?Holdings.? This will allow you to see the top 25 holdings a mutual fund has.

The benefit of this is two-fold. First, it allows you to see if the major holdings match up to what the fund is called. Hint?if it?s an income fund then Google or Tesla shouldn?t be among the top holdings. The second is if you invest in multiple mutual funds. It will help you avoid being overly focused in a handful of stocks and thus not have true diversification. Investing in mutual funds can be a great way to get diversity, but you need diversity to call it that. 🙂

Check out the Management

The final major thing you want to look at when trying to compare mutual funds is the management. This can either be one or two fund managers or a team of managers. Neither is really good or bad, as they both have their pros and cons. That said, you want to know what kind of management is in place before you select a mutual fund.

With the number of options available for your?investing dollars it can be difficult to know what to choose. It makes sense to compare mutual funds prior to going all in so you can get into something that best fits your needs.

What do you use to compare mutual funds? Do you prefer to invest in mutual funds or ETFs? Have you ever been surprised to find out how much a given investment would cost you?

*This post was featured on Broke Girl Rich and Penny Thots