Beware of New Credit Card Surcharges as of January 27 2013 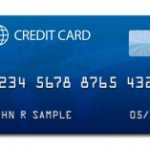 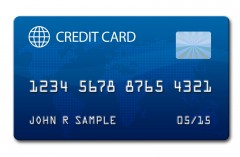 Starting today, January 27th 2013 merchants will be allowed to add a credit card surcharge of up to 4% to all credit card purchases. This stems from a settlement between Visa, Mastercard as well as nine major banks and major retailers.

The consensus from financial analysts is that major retailers will not be adding the Starting today, January 27th 2013 merchants will be allowed to add a surcharge of up to 4% to all credit card purchases. There is widespread?belief?that the smaller retailer are more likely to add these surcharges to purchases made with Visa or?MasterCard?credit cards.

The good news for a few of us living in the U.S. is that there are ten states that ban any surcharges on credit card transactions. Here are the states where consumers won’t be affected by this:

Those of us living in states outside of these 10 need to be extra careful when making credit card purchases. By law Brick and Mortar, as well as internet retailers will be required to post notices that they will be adding a surcharge. Online merchants are required to post this on their homepage (I’m not sure if they have to post it on their checkout pages). But I’m sure that initially this won’t be followed to the letter of the law.

I don’t think that merchants will intentionally mislead consumers but there’s bound to be some confusion as to what the law requires when this kicks in (today!). So it behooves us, the consumer, to be vigilant when making purchases with a credit card. Don’t be afraid to ask when checking out if there’s a surcharge or not.

Please comment on this, let me know your opinion and if you have any tips on how to avoid these charges.