3 Popular Ways to Attack Your Debt 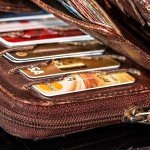 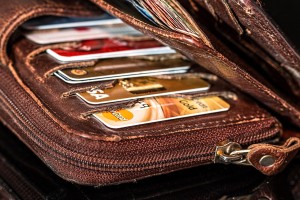 But before you start blindly attacking your debt, you should consider which method of paying off debt is right for your situation. We?re all different and we all have different financial and debt situations, which is why there are different strategies to paying off debt. Here are three popular ways to attack your debt.

Probably the most popular way to pay off debt?thanks in part to personal finance guru Dave Ramsey, is the debt snowball.

With this approach you simply put your debts in order from smallest to largest balance, ignoring everything else. Then you make the minimum monthly payments on every debt except the smallest. One that debt you?ll pay as much as you can each month until it?s wiped out.

After that, you?ll apply that minimum payment from that debt onto the next debt on your list. This way your ?minimum payment? keeps growing, like a snowball rolling down a hill.

Part of the reason this method is so attractive is that you get small, psychological wins more often since you start paying off the smallest balance first.

Another method to paying off debt is the debt avalanche. This method is the one that will actually save you money because it requires you to rank your debts in order of interest rate ? from largest to smallest ? ignoring all other factors.

The downside of using this method comes if your largest interest rate debt also has one of the biggest balances. In this instance, it could take you quite a while to get that first ?win? that so many of us need to keep going when things get tough.

I always knew there was another method of paying off debt, but until recently I didn?t know the name for it. The debt tsunami is where you pay off whichever debt you feel the most passionate about. For instance, if you own money to your friends or family, you might want to get it paid off first to avoid any hard feelings in your relationship. This may not make the most financial sense, especially if the interest rate is low or even 0%, but it will make the most emotional and psychological sense. This method appeals to the emotional nature of humans.

Personally, I?ve decided to do a bit of a combination of these methods. While I like the money savings behind the debt avalanche, I also knew I needed that ?win? quickly to help me keep going. Therefore, I decided to start out with the debt snowball method until I got to the point that two of my debt had very similar balances. At that point I decided to save some money by paying off the one with the higher interest rate.

No matter which method, or combination of methods, you decide is best for you, at least you?ll be paying off your debt. That?s what matters the most anyway.