A Quirky Way To Market An Idea 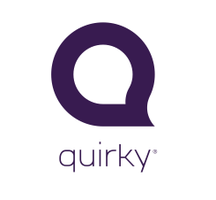 Have you ever had an idea for something new? A revolutionary new gadget, or a significant improvement to something that was already out there? Have you tried to take it to Market? If you have, you know that taking an idea for a new product to market is a complex maze. There’s intellectual property you have to protect, prototyping of products, finding a manufacturer to produce it and the marketing and selling of it that all have to be addressed. Of course there are “Invention Marketing” Companies that will? gladly charge you an arm and a leg to do all of that for you. Many of them will take your money, send you a few updates and then disappear.

?What or who is Quirky.com

That’s changed dramatically with a new Company on the scene. Quirky.com is in the process of turning the world of taking ideas to market upside down. Quirky is, in their own words,? a social product development site. Quirky came to life in 2009 and was founded by Ben Kaufman, the CEO of the company. The term “Crowd Sourcing” has been used to describe them but Quirky doesn’t like that term and prefers to be called a community oriented invention site. Any one that joins the community can submit an idea , if their idea makes it through the entire process and gets developed and marketed, Quirky will pay the inventor royalties for life. They will also award contributors in the community with “influence” and reward then financially depending on how much influence they have earned by contributing opinions to a new product.

Quirky also has an interesting commitment to its employees. The Quirky team works extremely hard putting in long hours and often working well into the weekend. My understanding is that it’s not expected nor demanded of them, they simply love their jobs and what they do! Their CEO, Ben Kaufman, has a novel and I think, fantastic way to make that up to the Quirky staff. The entire company shuts down the first week of every quarter. I mean it shuts down, you could probably hear a pin drop in the corridors if you were able to get in there. If you should happen to call them for support during that week, you will get a personal greeting from Ben Kaufman on their voice mail system, Ben explains his philosophy on why the company is shut down for that week. He goes even further than that and gives out his personal phone number in case you absolutely have to talk to someone, he does ask that you use it judiciously as he likes to rest too. When I called to get information for this article I was floored by that message!

The process for an idea starts with a submission. It costs $10 to submit an idea (although you can find coupon codes to submit it for free online). Once you submit an idea the community will vote on it. If it gets enough votes it will progress to the next stage where it gets evaluated by a panel. If it gets past that, it goes through several phases where the community votes on how the product will eventually look, what it will be called and how it will be priced. I really like the concept and quite often participate in contributing to someone’s idea through the various phases it goes through.

One interesting note is that? if Quirky staff like it it will get evaluated by a Quirky panel, even without an overwhelming community vote. I recently submitted an idea for a pour over coffee maker with a built in valve so that the coffee brewed for a set amount of time. It didn’t get many votes but did catch Quirky’s attention. My idea made it to the panel stage where it got a fair shake. They sent me a link to a video of the panel discussion. It was interesting to see my idea get evaluated. I got a few proponents that liked it but unfortunately, there were more folks on the panel that didnt like it. It didn’t make the cut but I did get a lot of good feedback on why it didn’t. They also encouraged me to resubmit the idea with any changes that the panel commented on so that it would have a better chance of getting developed. I haven?t resubmitted it yet but might do so in the future.

Once a product makes it past all of the phases and is ready for the market, Quirky will arrange for the manufacturing, distribution and sales of the newly born product. I have to tell you that I am also floored by the wide distribution that they have. When I first heard of Quirky I was under the impression that they were limited to selling items on their own website. I was wrong; I mean I was really wrong. The wide distribution that they have managed to achieve for such a young company is nothing short of impressive! You can find their products in Home Depot, Best Buy and Staples to name but a few of the large retailers that Quirky has managed to place products in.

I’ve been somewhat skeptical about that level of distribution but just recently saw the Quirky Wrapster??(a neat little gadget to wrap your ear buds up in) at a local Staples, I’ve also seen the Quirky Pivot Power Strip? at Home Depot. I wasn’t?able?to get a snapshot of the power strip at the time but did get one of the Wrapster?. So they do have a good distribution network for the products they take to market. 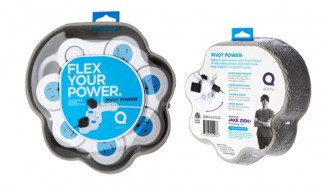 Submitting an idea to Quirky is a simple process.? Once you create a?log in?and fill in a profile you can start submitting ideas immediately. There is a $10 fee for submitting an idea. I was able to find a coupon code online in a few minutes to submit my idea for free so i wouldn’t let the fee be a deterrent. Preparation is the key to a good submission of an idea to Quirky. Here are some tip to help you prepare if you should decide to take the plunge.

Quite simply because I like them. I like the concept and the operation, I like the way they treat their employees and I especially like the way their CEO makes himself available to anyone that wanders in off the street (at least that’s the impression I got from the voice mail system). I don’t have any affiliation with Quirky but I think it’s an excellent opportunity for an average person to earn a bit of extra income if they have an idea that can make it through the selection process. I’ll tell you what I really LOVE about them is that there is finally an alternative for the average person to take their idea to market. At the most it will cost you $10. I think that’s an inconsequential investment in giving an idea a shot. It’s certainly a heck of a lot cheaper than going to one of the invention marketing firms whose fees typically start in the thousands of dollars.

?Do you have any great ideas that might be a quirky hit? Don’t comment on it until you submit it to Quirky first! Then you can come back and comment on it so that we can go vote for it! 🙂