A Productive Rant About Most Common Workplace Issues 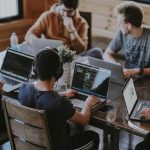 When it comes to workplace issues, most people are concerned about things like their salary, workload, commute to and from work, etc. But several other factors determine whether the workplace is healthy or not. Working for too long in a toxic workplace can have greater ramifications than you think. This post is a productive rant on most common workplace issues.

The Most Common Workplace Issues Faced by Contemporary White-Collar Workers

The main purpose of a meeting at a workplace is to inform and discuss key issues about the organization. There can be several reasons for higher-level executives to conduct a meeting. The problem arises when meetings are stretched beyond the set period. Having a time limit of 30 minutes would do wonders for those who consider meetings to be an ineffective way to pass on the information.

An online survey done in 2018 revealed that 80 percent of women in the US have been sexually harassed in a workplace at some point in their careers. This shows how common this issue is. Several other social media surveys and polls have reported similar results.?

Indeed, we cannot expect to get along with every person we work with. There are going to be some who we like more than others and vice versa. But I am talking about the ones who cross all boundaries by making rude comments, being sarcastic in an unfunny/insulting way or being too critical with their judgments about others.?

Bullying is common in workplaces where opportunities are sparse. The ones in power will go to any length to keep others beneath them. Also, there are cases where a co-worker would belittle you just for the sake of it. This is a classic case of a bully creating another bully. Here, there is a likelihood that there are other bullies in your workplace too.

Generally, discrimination at work is caused by differences in gender, sexuality, race, and religion. The people who discriminate belong to the mainstream section of the society and the victim comes from a minority class. Also, there are some cases where co-workers discriminate based on whether they like or dislike the victim.

What Are Some Quick and Easy Tips to Deal with the Above-Mentioned Workplace Issues?

1) Most often, an employee can’t fix major workplace issues. In this case, after some introspection, it is better to look for another job.

2) Remember that when two or more people work together, there is bound to be some conflict. Unless your co-workers prefer to avoid conflict at all costs, you will find yourself arguing about this and that, once in a while.?

3) Always seek help from the people in management. It is the management department’s job to resolve interpersonal conflicts between employees.

4) If the situation gets too tough, ask one of the older co-workers to mentor you. You can offer them a reference for their next job.

5) Lastly, remember that someone being hostile towards you does not make the entire workplace a difficult one to work in. You will have to raise the issue with the management. But make sure your tone is cordial and relaxed.