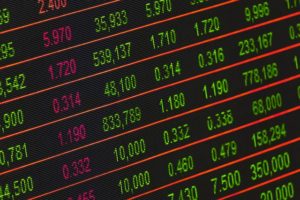 Now that the election is over, it looks like the markets can get back to business.? This is good news as it looks like the profitability of S&P 500 companies is finally poised to turn the corner following five consecutive quarters of earnings declines.? While this ?profit recession? has not been indicated in the share prices of many stocks on the main markets it has hit small cap stocks.? However, a return to profit growth will help raise the share prices across all markets and here are fivesmall-cap stocks to watch in 2017.

First, let?s address the elephant in the room, the Republican rout in Tuesday?s election and what this means for investors.? For the first time since early in President Obama?s first term will a single party control Congress and White House.? While there is very little we know about President Elect Trumps programs, we do know that he plans to work with congress to overhaul Obamacare ? also known as the Affordable Care Act.? Analysts believe this will come as welcome news for biotech and other healthcare stocks who have been on the ropes over the last year or so.

One company to watch is Vanda Pharmaceuticals (NASDAQ:VNDA).? The company recently posted strong third-quarter results with an EPS of 11 cents per share, compared to an expected loss of 10 cents per share.? That is a swing of more than 20 cents per share, but it wasn?t just bottom line growth which caught the attention of investors.? Revenue was up by 35% from the third quarter last year and the company?s balance sheet looks extremely strong with $140 million in cash on equivalents on hand.? Given the strong results, it would appear that Vanda is currently undervalued and might make sense for an investor who is seeking a solid growth opportunity.

Another company to consider adding to your watch list is Exelixis (NASDAQ:EXEL).? This company has continued to grow at a frenetic past with Net Product Revenue catapulting to $42 million during the third quarter this year from roughly $7 million in the same period last year. Another reason to get excited about Exelixis is the increased M&A activity in the sector over the past couple of years and with results like these is it likely that the company will show up on the radar of a few larger companies in the near future.

Lpath, Inc. (NASDAQ:LPTN) is another biotech worth watching.? The company is in the process of developing a wide array of lipidomic-based antibodies and while it is off its highs from earlier this year, there is an opportunity to gain, especially as it looks poised to break out of its 50-day moving average.? This has to do with plans to move from Phase 1 trials to Phase 2 trials for its Lpthomab? drug.? Share prices spiked back in April and May as the company announced completion of its Phase 1 trials and it is expected to jump again when plans for Phase 2 trials are announced.

For investors looking for a solid earner with a lot of runway going into 2017, then they should take a look at Healthcare Insurance Innovations (NASDAQ:HIIQ).? Earlier this month, the company reported a nearly 80% increase in year-on-year revenues and EPS was three times analyst expectations ? coming in at 33 cents per share.? With Republicans poised to overhaul Obamacare, this company could be a very big winner in 2017 as some of the regulatory reform required to kick this stock into overdrive is likely to occur.

This also brings up a question on how further healthcare reform will impact millions of small businesses.? As the changes will create uncertainty over the next six-to-eight months.? With this in mind, investors who happen to be small business owners should check out this post on business credit as additional credit lines might be required to overcome the period of uncertainty between changing healthcare schemes.

One sector which has experienced solid, if not spectacular, growth in 2016 is housing and one of the better performing small caps in the space is Taylor Morrison (NYSE:TMHC).? While the quarterly results for this home builder have not been outstanding, they have been solid and one data point of interest is orders for new homes which is up 19% over the same period last year.

The election is now behind and now it is time to get back to work.? These 5 small caps are all poised to move and adding them to your watchlist will make sure you are ready to rake in the profits in 2017.

Do you plan to invest in 2017? Do you know of any other stocks to watch?