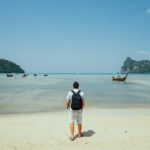 Whether you are interested in visiting a mass tourist place or secluded beach with nobody else present except you, Southeast Asia is diverse enough to leave you to feel satisfied at the end of the trip. Most backpackers do not explore Southeast Asia to its full extent. They miss out visiting places and performing activities that could make their trip even more memorable. Being said that, there are some precautions you must take as some of the countries here have rules and regulations which are unheard of in the west.

1. Do: Visit countries other than Thailand, Vietnam, and Indonesia

Everyone knows how popular Thailand, Vietnam, and Indonesia is the number of western backpackers and vacationers. Cheap and delicious food, good transportation and breathtaking locations make them the first choice for a first-time traveler. But, you are missing out by not visiting other countries like Malaysia and Singapore. Contrary to popular belief, these countries are not expensive at all. Apart from their rich culture and nature, here, you will find the cheapest and healthiest street food.

There are places in Southeast Asia that are being flooded with tourists from the US, Australia, and Europe. To make the most of your time and money, avoid visiting such places. Namely, Bali, Bintan Island, Khao San Road(Bangkok), Pattaya and many more. MonkeyRockWorld a list of places to avoid in Southeast Asia.

3. Do: Always wear a helmet while riding a bike

Whether you are in the driving seat or not, always wear a helmet while riding a bike. Motorbikes and scooters are very popular in places like Vietnam and Indonesia. They can be rented for cheap and you don’t need to have a local driving license. Hence, a lot of tourists prefer riding them. Without wearing a helmet, your trip to Southeast Asia can easily turn into a disaster. If met with an accident, you could suffer serious head injuries. Or get jailed if caught by the traffic police(wearing a helmet is mandatory by law in Vietnam).

4. Don’t: Carry too much cash in your pocket

There are a couple of reasons behind it. First, the currency conversion rates in Southeast Asia are way too high. Secondly, you could get mugged if you are in the wrong place at the wrong time. Places like Mindanao and Jolo province are considered the most dangerous in the Philippines. Also, the borders between Vietnam, Cambodia, and Laos are considered unsafe to travel with cash in your pocket.

5. Don’t: Get involved in drugs

Drugs are another thing you should be aware of while traveling in Southeast Asia. Countries in Southeast Asia have the worst drug laws. You could be jailed for years or also hanged if caught with illegal drugs. Particularly, at the airport. You should also know that Yaba and Crystal meth are two drugs responsible for the death of thousands of people each year. The police have seized millions of pills in the rural regions of China, Laos, and Vietnam.

Traveling in Southeast Asia is not just about street food, exotic beaches and experiencing a crazy nightlife. You safely and security should also be your primary concern. By following the do’s and don’t list in the post, you can make sure you return home happy and satisfied.